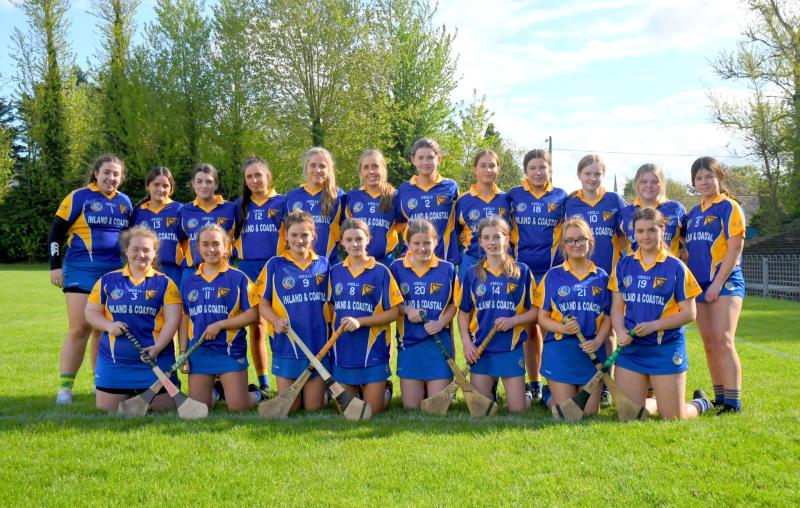 Both of these teams came into this match unbeaten in the Championship to date so an exciting match was expected when they met in Banagher on Friday evening.  Before the game got underway a minutes silence was observed to remember Mary Murray, the former Offaly Camogie Treasurer and Registrar who passed away last Thursday.

Once the ball had been thrown in, it was St Rynaghs that got the better start hitting over two points from Niamh Sheehy and Allie Butler before Roisin Kinsella replied in kind for Birr to level the scoring.  Again a two point St Rynagh's lead was cancelled out by Kinsella, the second coming after Kate Pilkington turned over a St Rynagh's attack before she fed her team mate who popped the ball over the bar.

A long range free from Sophie James restored the home side's lead, before Niamh Sheehy hit over two points in a minute to leave St Rynagh's with a 3 point lead at half time.

That 3 point lead was extended in style at the start of the second half when Rynagh's really got off to a flyer when Sheehy helped herself to two goals in as many minutes.  Credit to Birr however as they hit back quickly when Dara Delaney managed to rise the ball in a goal mouth scramble and as she turned she fired the ball into the roof of the net to give her team a much needed boost.  An Allie Butler point left St Rynagh's leading by 7 points but Birr who now had Kate Pilkington and Roisin Kinsella swopping positions, hit a purple patch scoring three unanswered points and the lead was now down to 4 points.

But St Rynaghs kicked on and went on to finish the game strongly, bliting Birr by hitting 6 unanswered points to book their place in the Under 16A Final where they will meet either Shinrone or Lusmagh/Drumcullen