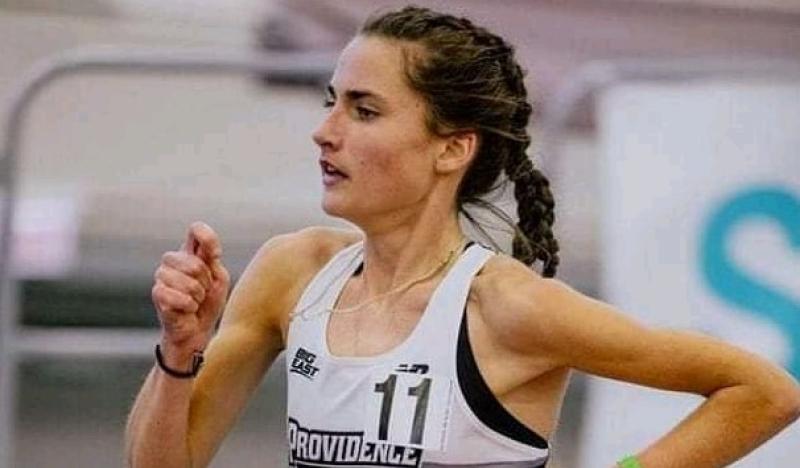 Cappincur woman Laura Mooney posted a super 33.23.95 when she raced in the Penn Relays in Franklin Field Philadelphia on Thursday.

An athletics scholarship student at Providence College in Rhode Island, Mooney has mae phenemonal progress in recent years and this record shows the potential she holds. She went through 5,000 metres in 17.04 and finished in second place behind the very impressive winner Grace Forbes of Rice, who crossed the line in 32.59.

The previous record of 33.36.36 had also been posted by an Irish Providence scholarship student, Sarah Collins.

The intensive training and coaching in Providence is obviously working for Mooney who finished sixth in the European U-20 5,000 metres last year. She developed her running at Tullamore Harriers and is now moving into a different level.

Meanwhile another Offaly athlete Ann Marie McGlynn has been selected for the European Athletics Championships later this year. At the opposite end of the running spectrum from Mooney in that she is now in the winter of a sensational career, Mucklagh woman McGlynn continues to astound and she will compete in the marathon in the 2022 European Athletics Championships in Munich.

Nee Larkin and a former Tullamore Harriers athlete, McGlynn now lives in Strabane in Tyrone and races for nearby Letterkenny. She was agonisingly close to making the Olympics marathon qualifying time last year, missing out by seconds but will now compete in another top class international competition.

She was a brilliant juvenile athlete in her teens into her early 20s before drifting away from the sport. She returned some years ago, getting back to a very high level and has also represented Ireland in the European Cross Country Championships. She is now a marathon specialised, has set the Offaly record and has also posted superb half marathon times. She has been selected for the marathon along with Fionnuala McCormack and Aoife Cooke and the championships start on August 11.