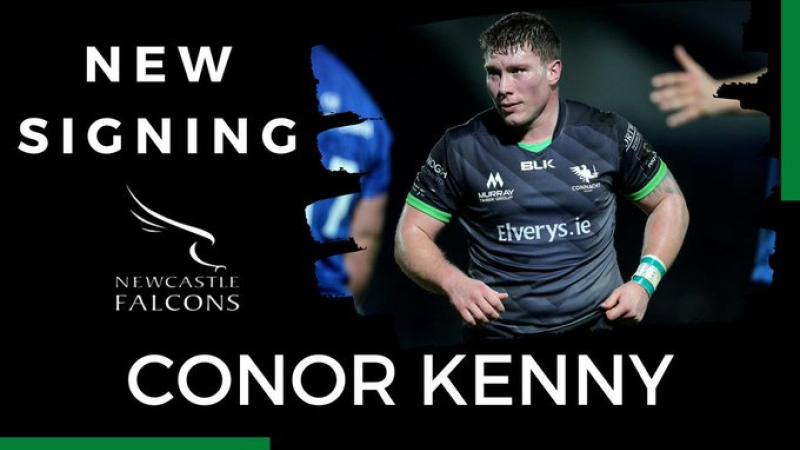 The 24-year-old tight-head made 11 first-team appearances for the province and represented Ireland at Under-18s, 19s and 20s levels.

He is looking forward to linking up with his new teammates for pre-season.

Kenny started playing rugby when he was 10 or 11 and lined out for Buccaneers as well as at age-grade with Connacht.

He said it has "been a long journey, but everything appears to be going in an upward direction now.”

Falcons boss Richards said: “Conor is a very promising tight-head who will add to the competition we have in our front-row.

“We look forward to his arrival, and I’m confident he can show up well at this level.”