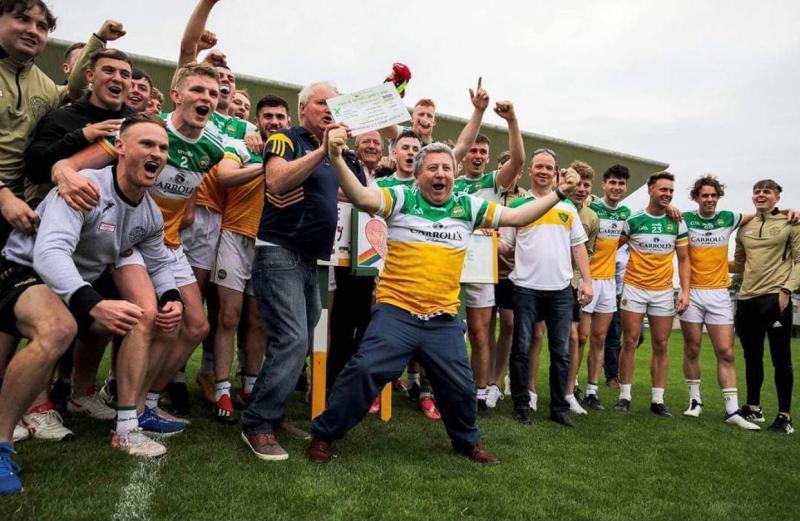 There were great on-field celebrations after Offaly gained promotion to Division 2 of the Allianz Football League on Saturday afternoon.

Chief among those lapping up the victory was Mick McDonagh, known affectionately as #OffalyDude across the GAA community. A mainstay behind the goals at Offaly matches up and down the country, Mick was there on Saturday complete with hi-viz bib, as the footballers overcame Fermanagh.

Afterwards, GAA supporters from Offaly and beyond expressed their delight that Mick was able to attend the game and share in one of Offaly's best days in recent memory. See some of the reaction below:

Great that Mick McDonagh was able to attend Offaly’s promotion last night. Was still wearing his jersey when I passed him on the way to work this morning. pic.twitter.com/PL9RaQjkfP

Mick McDonagh filling in as ball boy behind the Offaly goal. An icon. #LeagueSunday