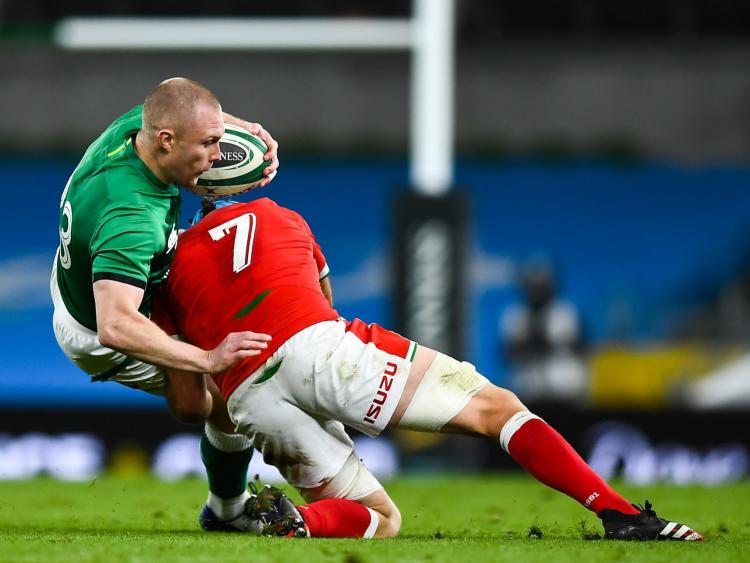 Ireland have named their side for Sunday's tie with Wales. The side, to take on the Dragons, at 3pm on Virgin Media TV, sees Munster's Tadhg Beirne named in the second row, with Peter O'Mahony at 6 and CJ Stander at 8 in place of the injured Caelan Doris.

Conor Murray remains at 9, with Keith Earls on the wing with James Lowe. The side is captained from the number 10 shirt by Johnny Sexton.

Robbie Henshaw and Garry Ringrose are partnered in midfield having last started a Test match together in the quarter-final of the 2019 Rugby World Cup. Hugo Keenan is selected at fullback.

Cian Healy, who makes his 50th Six Nations appearance, is joined in the front row by Rob Herring and Andrew Porter.

On the bench, former UL Bohemian Dave Kilcoyne is the sole Munster representative. 'Killer' is joined on the sidelines by Tadhg Furlong, who made his return from an 11 month injury absence with a 40 minute cameo against the Scarlets last weekend.

Head Coach Andy Farrell has named his Ireland Match Day 23 for the opening round of the #GuinnessSixNations against Wales in Cardiff #ShoulderToShoulder #IrishRugby #WALvIRE pic.twitter.com/OPv2Abiu2c