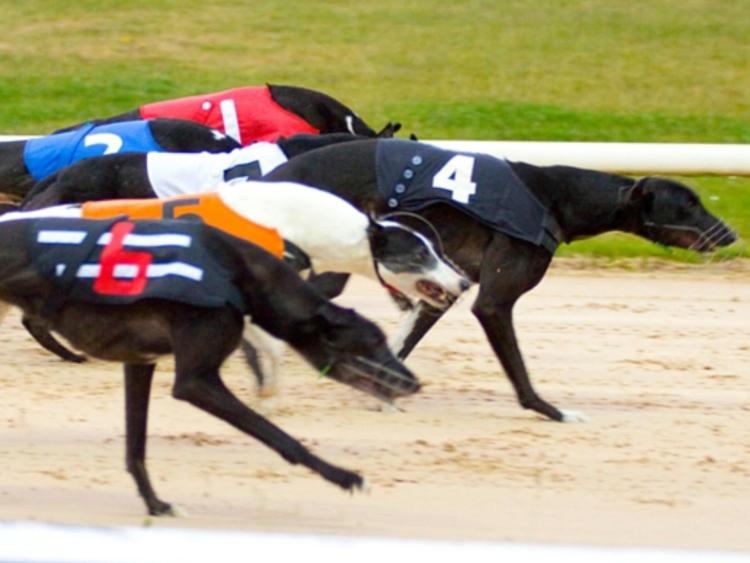 Cesarewitch race heats up during second round at Mullingar

Beaming Paradise was sent off 1/2 favourite and his supporters never had a moments worry from traprise. Fast into stride form trap one, he quickly opened up a three-length lead on the run to the first bend with Vaguely Noble in second with Dromrich Altair on his outside in third.

Racing down the back straight Paradise maintained his lead with Vaguely Noble gallantly trying to cut the deficit. Turning for home, favourite-backers were smiling as Beaming Paradise continued to dominate and at the line had two lengths to spare over Vaguely Noble with Dromrich Altair another four lengths back in third. Boleys Fella who was involved in a bit of bumping early on finished fourth but qualified for next week's semi-finals. The winning time was 33.36.

Totos Park 6/4 completed the double in the final heat when he blasted away from traps and made every yard of the running. Leading around the opening bends on the outside he headed down the back straight three lengths clear of kennel mates Macaroon Cruz and Drive on Tipp with Skywalker Logan back in fourth. Rounding the last bend he maintained a strong gallop all the way to the line where he had five lengths to spare over Macaroon Cruz in the fastest time of the competition so far 33.30 with Drive On Tipp in third completing a Holland 1-2-3.

Local trainer David Murray caused a bit of a shock when he sent out Lady Bren 4/1 to land the opening heat of the Larry Clancy Memorial Irish Cesarewitch. From traprise, Lady Bren showed good early pace to just lead up last week's winner Bective Zita at the opening corner with Burren Ripple and the slow-starting Mean Beauty. In a cracking duel down the back straight, Bective Zita narrowly led at the third bend but Lady Bren kept the inside line with the aforementioned Burren Ripple and Mean Beauty in hot pursuit.

Turning for home Lady Bren kicked a length clear and this was enough to see her hold on at the line to win by a quickly diminishing half-length from Mean Beauty who was producing a really eye-catching run to finished second with Bective Zita back in third in 33.84.