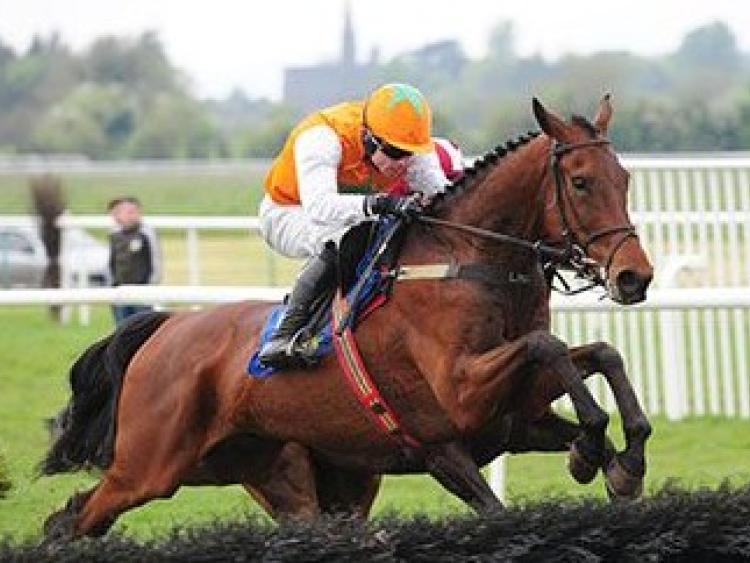 Our top tipster has picked a trio of horses worth backing in the 2019 Irish Grand National, scheduled to take place on Easter Monday, April 22, at 5pm.

Jessica Harrington showed she has a strong group of staying chasers on her hands this season at Aintree when Magic of Light finished second behind history maker Tiger Roll in the Grand National. Running in the same colours, WHISPERINTHEBREEZE (25/1) represents great value for eachway punters here. He has run three strong races since Christmas, starting with a runner-up run behind Gun Mortal at Leopardstown, finishing ahead of subsequent Cheltenham runner-up Tower Bridge. He followed that with a weight-carrying performance to be second once more at Punchestown, this time over three miles on good ground. Following that, this horse won well by three lengths back at Leopardstown in February. A fall at Cheltenham since has blotted his copybook but reading into that Leopardstown form, it puts him right in the picture here. He beat Livelovelaugh, a horse that completed and finished a respectable 11th in the Aintree Grand National. Perhaps more significantly, he had 10 lengths to spare over Cadmium, a horse that went on to win the Topham Chase at Aintree in scintillating fashion. Whisperinthebreeze gets the ideal trip and ground this week and given the above form, his weight of 10st 3lbs is more than manageable.

This lightly-raced chaser has put in some eye-catching performances over the last 12 months. First, he announced his credentials when landing the Guinness Galway Blazers Handicap Chase at last summer's Galway Races, seeing off A Rated and Mine Now by over a length, and the rest of the field by over 17 lengths. The time recorded in that race was just a few seconds slower than the winning time of the higher-class Galway Plate run over the same trip. After two relatively uninspiring runs over the winter period, SNUGSBOROUGH BENNY (14/1) warmed up for a tilt at this race with an impressive win at Fairyhouse back in February, beating Call It Magic by six lengths over 2M 7F on good ground. He once ran in a point-to-point over three miles with his owner remarking that he "was galloping away over the line" that day. He should relish the trip on ideal ground and has been handed a manageable weight of 10st 9lbs.

One of the lesser-fancied Willie Mullins runners confirmed for the race but one with a handy weight and decent staying credentials. At last year's Punchestown festival, this horse carried top weight 11st 10lbs to finish second behind Wounded Warrior. He was giving that rival 12 pounds but finished just seven lengths back, beating off decent yardstick Fletcher's Flyer by six lengths. ISLEOFHOPEANDDREAMS (25/1) followed that with two disappointing runs at Gowran and Punchestown earlier this year, pulling up on both occasions. His season seemed to be derailing but he redeemed himself in good style at Naas in March. Back up over the three-mile trip, the veteran 12-year-old stayed on well to finish second behind Pairofbrowneyes, one of the market leaders for this race. He carried seven pounds less than that rival but will get an extra five from him here over the extended trip on ground the selection should enjoy.

The Irish Grand National takes place at 5pm on Easter Monday, April 22, at Fairyhouse. Odds are accurate as of Friday, April 19.