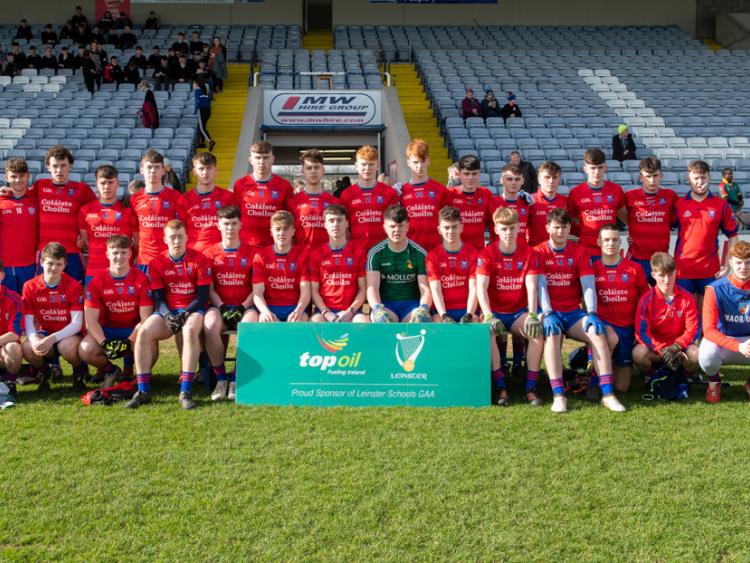 Tullamore started the stronger of the two teams, and Brian Duignan, son of Offaly legend Michael, opened the scoring with a point in the third minute. Soon after, he was raising a green flag, although in somewhat fortuitous fashion. He burst through on goal and got his shot away, but Portlaoise keeper Michael O'Connell made a point-blank save, only to see the ball hit the post, rebound off him, and creep over the line.

Portlaoise finally opened their account in the 12th minute with a free from Damien McCaul, but Tullamore responded with two well-taken points from Ciaran Egan. Portlaoise almost made major trouble for themselves after that when O'Connell's kickout was intercepted by Jack Bryant, and he raced clear on goal to unleash a powerful shot, but O'Connell redeemed himself with a fingertip save to turn it over the bar.

McCaul again responded for Portlaoise with a free, but Tullamore were undoubtedly in the ascendency, and Liam Dillane (two frees) and Josh Evan pushed the Offaly men into a 1-7 to 0-2 lead.

Portlaoise were really struggling to make inroads against a strong Tullamore defence, but a more simple strategy bore fruit just before half time. Ben Conroy went Route 1 with a high ball into the square, and Damon Larkin got a touch to it, guiding it past Stephen Fitzgerald and into the back of the net.

The Portlaoise men needed that lifeline, but Tullamore were still in control at the break, 1-7 to 1-2.

The home team needed to capitalise on the momentum earned from that goal late in the first half, but Tullamore made a dream start to the second half. Ben Connolly, introduced as a sub at the interval, kicked two points in three minutes, and then Sean Courtney rounded Michael O'Connell before slotting to the net.

With their dominance asserted, Tullamore pressed further ahead and two Jack Bryant points sandwiched a free from Ciaran Egan, as they now lead by 13 points.

Connolly then got his third point since being introduced, and another from Liam Dillane left the final result in little doubt. Portlaoise continued to battle on manfully, with Damien McCaul adding another two points to their tally, but Tullamore had done enough to get their hands on the prize.