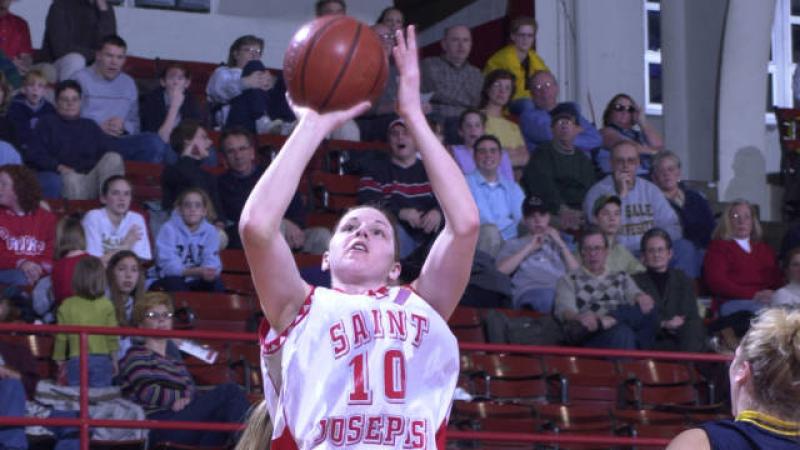 Among them is Tullamore's Susan Moran who is widely considered the greatest Irish women’s player ever for her remarkable all-round game, athleticism and scoring power.

Susan led both her hometown club and the Sacred Heart School, to U-19 National Cup glory, scoring a remarkable 52 and 48 points respectively in both those 1998 finals.

Later that year she was recruited by NCAA Division One programme St Joseph’s, Philadelphia, for whom she would become the only player in their history to lead the team in both scoring and rebounding for four consecutive seasons and its all-time leading scorer.

In her senior year she was the fourth-leading scorer in all of US college basketball, averaging 22.3 points per game, and for a second time was both honoured as an Academic All-Ireland and the Atlantic 10’s Student-Athlete of the Year.

Upon graduation, she became the first – and still only – Irish player to be drafted by a WNBA side, having been selected in the second round of the 2001 draft by the New York Liberty. She’d later go on to play professionally in Spain, then New Zealand where she was voted league MVP, and then Australia where she again earned MVP honours, this time in the Queensland Australian league.

She particularly excelled with Irish teams – junior, world student games, and then with the senor team, including with the 2009 side that just missed out on European A-level qualification.

Susan has been a member of her alma mater St Joseph’s coaching staff ever since her graduation from there 17 years ago, and is currently their associate head coach.

Basketball Ireland will celebrate its 75th anniversary in 2020 and, as part of the celebrations marking the history of the game, the organisation announced late last year that the Basketball Ireland Hall of Fame would be relaunched in 2019.

“As we announced late last year, in the run up to the 75th Anniversary of Basketball Ireland in 2020 we are organising some celebration events,” said CEO of Basketball Ireland, Bernard O’Byrne. “The first of these will be updating the BI HOF which presently only has six members. To that end, an independent nominations committee has put forward six wonderful recipients who will be inducted at the end of year awards in May 2019. All the recipients are delighted to be honoured and it should be a memorable occasion for all involved.”