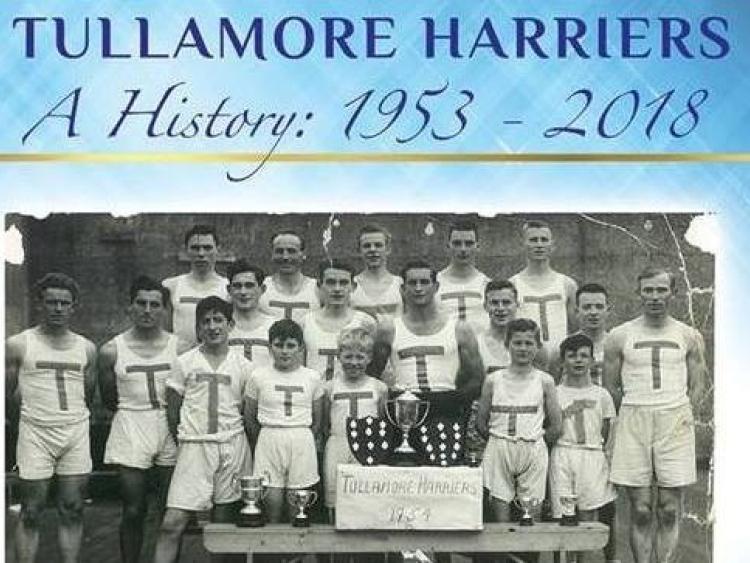 Irish running hero Catherina McKiernan will be the star attraction at the Tullamore Court Hotel on Thursday, November 22, when she launches a new Tullamore Harriers history book.

Cavan woman McKiernan will launch 'Tullamore Harriers; A History 1953-2018' while the president of Athletics Ireland, Georgina Drumm will also be in attendance.

It is expected that Harriers athletes and club stalwarts from every era will be in attendance and the club are hoping to make the event a massive social occasion – a club reunion of sorts.

The book is comprehensive with 340 pages of history, profiles and records. It is broken down into eight main chapters, charting the club's story from before its foundation on a decade by decade basis. There are also profiles on many of the great figures that have graced the tracks, fields and roads of Ireland and internationally over the years.

The club has produced an Olympian, Pauline Curley, who ran in the marathon in the 2008 Beijing Games, a near Olympian in Shinrone man Gordon Kennedy, who went to Sydney in 2000 as a member of the 4 x 400m relay squad but was unlucky to be the odd man out when the four out of the five were selected, even though his times that year were the third best.

The front page features an early group picture from a 1954 training session in O'Connor Park where the club trained at that time. Fittingly it includes some of the club's founding members along with several other stalwarts. The front cover also includes pictures of the club's six national senior outdoor champions – Noel Gowran, Mick Neville, John O'Toole, Pauline Curley, Gordon Kennedy and Eoin Hannon.

Curley and O'Toole ran in the World Cross Country Championships with Rhode man O'Toole captaining the team during a golden era for Irish athletics in the early 1980s while Curley won a team bronze medal alongside Catherina McKiernan and Sonia O'Sullivan in 1997.

Included on the back page is a big group picture of current members along with ones of Ann Marie Larkin (now McGlynn) and Cormac Troy, who won national senior indoor titles.

Each of the main chapters includes a timeline of significant results and achievements from that decade – it is not a definitive list but includes many of the main results and stories from each era.

Tullamore Harriers has been steeped in life in the town and county since its formation in November 1953. It was formed in a meeting at Clarke's Hairdressers on William Street by John Dowling, Paddy Larkin, Noel Gowran, Mick McDermott, Brendan McDermott, Noel Houlihan, Andrew Lowbridge, Billy Dowling and Larry Fox.

The only founding member still alive is Billy Dowling and his famous brother John was the first chairman – while John became national president of the GAA in 1988 and gave a lifetime of service to the association, he was chairman of the Harriers from 1953 to 1959.

Three men in particular, however, were synonymous with the administration of Tullamore Harriers for decades. Paddy Larkin was secretary from 1953 until shortly before his 2006 death; Brendan O'Shea served as treasurer from 1954 until 2008 and Noel Gowran was chairman from 1970 until 2008.

The book includes profiles of the founding members as well as details of the club record holders and much more.

It is a warts and all book that outlines the various controversies that dominated life over the year as well as attempting to document the pivotal role the club has played in life in Tullamore outside of its core activity of athletics, through its pavilion which hosted weekly functions from 1972 until its closure in 2010, including a legendary Saturday night disco.

The chapter on the 1960s outlines how the club was suspended for a year in 1961, later reduced to six months on appeal, after a row at a cross country meeting in Tallaght, how they were embroiled in confrontation with Offaly athletics over the desire by athletes from outlying areas to run with them and it also charts the purchase of their Charleville Road grounds and a furious standoff with Offaly County Council over planning permission to build their pavilion before Fianna Fail's Bobby Molloy gave a ministerial decree granting it in 1970.

The club are delighted to have Catherina McKiernan doing the launch – a brilliant long-distance runner, she won silver medals at the 1992, 1993, 1994 and 1995 World Cross Country Championships, she won the Berlin, London and Amsterdam marathons and ran in the Olympics in 1992 and 1996.

The book was written by Tullamore Tribune Sports Editor Kevin Corrigan, it is in hardback and retails at €20. It will be on sale at the launch and locally afterwards and an open invitation is extended to all interested people to attend at 8pm on November 22.