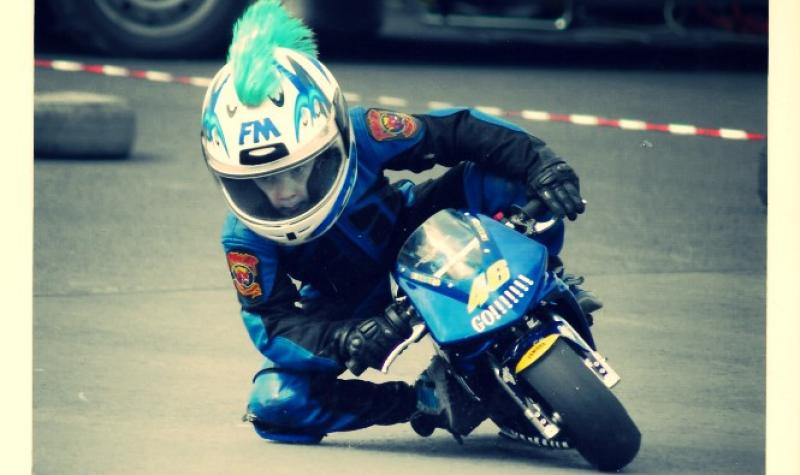 Kevin in his mini moto days...

Despite breaking his wrist midway through the season, the determined young man battled on to fourth spot, just missing out on the championship podium.

He was never a stranger to pain on the saddle because even as a young kid in the mini moto series in Ireland, he often came back to the paddock with blood chipping down his chin.

The youngster left his tongue sticking out during racing, prompting his parents to get him gum shields, and yet Kevin was never phased.

He went on to become a multiple Irish champion, including in 2009, 2012 and 2014. He has now continued that success on the opposite side of the Irish Sea and remains one of Ireland's foremost racing prospects.

Click on the red arrows above to take a trip down memory lane through Kevin's Irish successes, from his days on mini motos all the way to the British Superbike Series.