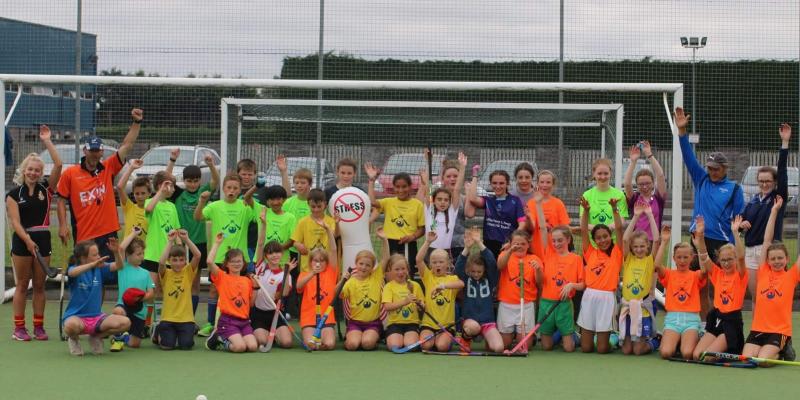 Spurred on by the trail blazing success of Ireland’s Ladies hockey heroes at the World Cup in London earlier this month Tullamore Junior Hockey Club is optimistic for a bumper year of membership registrations for an exciting upcoming playing
season.

Registration for all players and newcomers will be held on Sunday, 2nd September from 10.30am -12.30pm at the Tullamore Harriers Sports Centre.

School boys and girls from 3rd class to 6th year are welcome to register. Anyone wishing to consider trying the sport should head along on registration day to meet and chat with the coaches.

Tullamore Junior Hockey Club joined the Leinster League for the first time last season and entered both an U14 and U16 team. They thoroughly enjoyed the games and were delighted to have such a great start, with the U16s winning their Leinster League in a tightly contested final.

The Club is now looking forward to re-entering a number of teams for the coming season. The boys’ teams will be joining the West Leinster Boys League and playing a number of games in the Boys Leinster League.

Training will start back from Tuesday, 4th September and full training schedules and fixtures will be posted on www.tullamorehockeyclub.ie and Facebook page.

Since its inception 28 years ago, the club has gone from strength to strength and enjoyed success at club and college level. It boasts a membership of over 100 juniors each year for over a decade. The Club also runs successful summer camps each year.