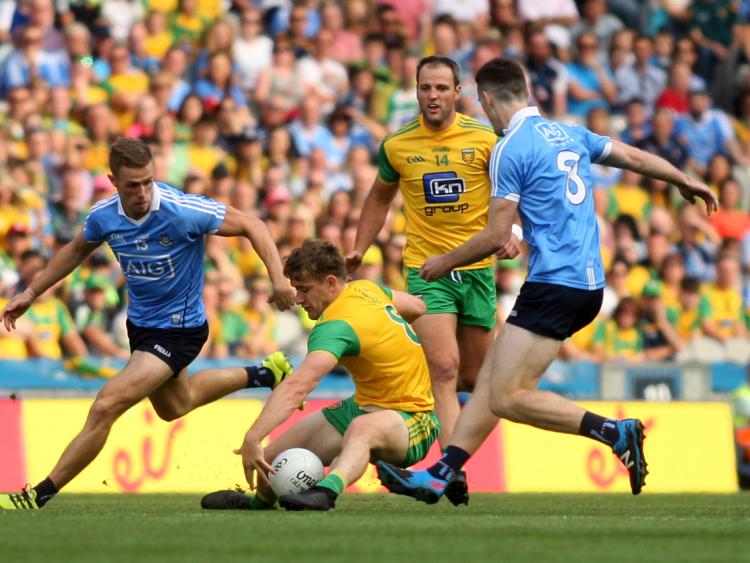 Simple solution , it's called Gaelic football, so just ban hand passes , it has turned football into a bastardised form of Aussie rules, it must change and it would put a premium on accurate and long kicking, premium now on been able to run all day and pass backwards

Regan's comments come on foot of criticism of Dublin's handpassing tactics at the end of their facile win over Donegal on Saturday evening.

Jim Gavin's team spent almost ten minutes handpassing the ball in their own half as they saw out the game and secured the victory at HQ, but thee tactics drew huge criticism and calls for future rule changes.

Daithi Regan called on the handpass to be outlawed, reminding followers that "it's called Gaelic football." He went on to suggest that modern Gaelic football has seen the sport turned into a "bastardised form of Aussie rules."

"It must change," he added, "it would put a premium on accurate and long kicking." "The premium now is on being able to run all day and pass backwards," he added.

Regan sparked a back and forth on the possibility of rule changes with many agreeing that something has to change to outlaw negative lateral handpassing.

Daithi I won't band it , I would limit the number of pass a team is allowed before they kick. Similar to what in rugby super league after the fourth faze of play the ball must kick. Dat only the start

Ban the ball being passed back in your own half. Ban re entering your own half after the ball passes into the opposition 65 line. It'll make teams attack. Dublin kept the ball for 15mins last night by playing backwards. Emphasis in sport should be to attack

Gaelic Football has introduced so much basketball tactics, so, bring in the basketball’s ‘’backcourt violation’’