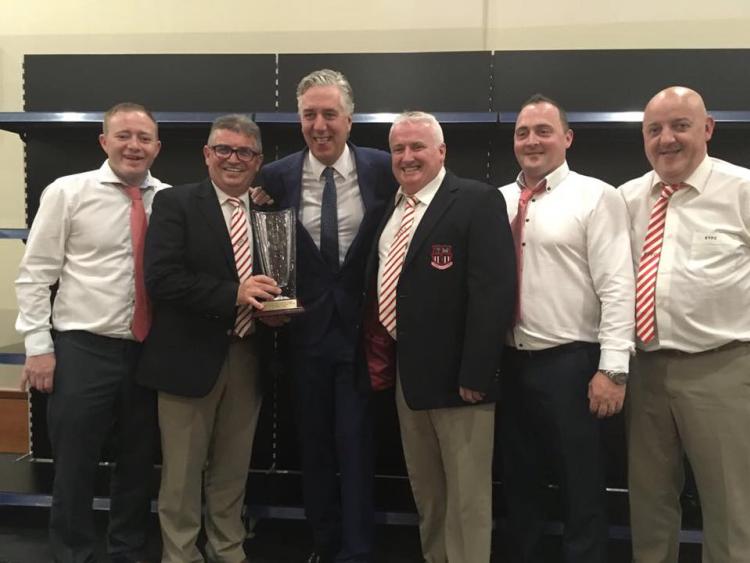 Edenderry Town named Intermediate Club of the Year by the FAI

FAI Chief Executive John Delaney was on hand over the weekend to present Edenderry Town FC with their Leinster Senior League Intermediate Club of the Year award for 2018.

It has been a record-breaking year for the club who claimed a league and cup double, and the North Offaly outfit saw off competition from huge Dublin clubs to claim the award.

Edenderry based councillor Noel Cribbin has led the tributes to the club this week. "What a year for Edenderry Town FC with the double of League and Cup and now being awarded club of the year in the Intermediate category, considering the huge clubs from all over Dublin and Leinster that were competing for this prestigious award."

"Great credit is due to all involved both past and present in the club in achieving this recognition of the club by the FAI," he added.

Noel paid tribute to Edenderry club chairman Seamus Kane and his fellow officers, to team management and to all the players involved in "what has been a massive season."

Noel also said that he and his council colleagues will be supporting a proposal that Edenderry Town FC be awarded a Civic Reception by the elected members of the Edenderry Municipal District.