'Nothing else matters' - Offaly captain not looking past Wicklow

'We are in a great place' 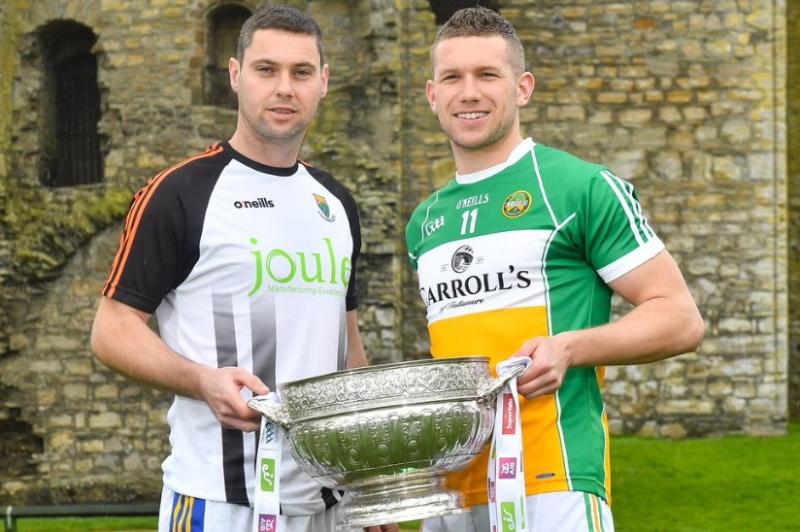 Offaly senior football captain Anton Sullivan has told the Offaly Express that he and his teammates are "relishing" the prospect of championship football this weekend.

Stephen Wallace's men get their Leinster Championship underway with a preliminary round tie against Wicklow at O'Moore Park, Portlaoise on Sunday, May 13 at 4pm. The winner will earn a box office quarter-final place against Jim Gavin's Dublin.

Offaly have been in buoyant mood since their survival in Division 3 on the final day of the Allianz Football League against local rivals Westmeath, and Sullivan confirmed that the "atmosphere amongst the players is really good."

Since the end of the league, four new faces have joined the Offaly panel, including Cathal Mangan, Karl Dunne, Stephen Wrenn and Ruairi McNamee, something Anton describes as "a great boost for us."

"If lads impress the door is always open to join the panel," he added. Sullivan did not want to comment on the sudden departure of Cian Johnson from the squad due to an Offaly County Board rule that forces him to play for the U20s, simply saying, "We are moving on. We don’t need any distractions coming up to the game."

"We're looking forward to the challenge on Sunday," he stated. "It's always a great buzz when championship is coming and preparation has gone well."

"I feel we are in a great place and I'm delighted with how the squad has trained and worked over past number of weeks."

Dispelling any thought that Offaly would be complacent against the Division 4 Wicklow outfit, Anton said, "we are treating it like any other game we play, we are very focused, we no what’s expected from one other and we have our work done."

"Nothing else matters, only Wicklow on Sunday for this group of players," Anton quipped.

Speaking about the opposition, who Offaly are favourites to overcome and set up a quarter-final with All-Ireland champions Dublin, the Rhode ace said, "Wickow is a proud traditional county and John Evans will have them very well prepared."

Evans took over as Wicklow boss in late 2017 and is in fact a good friend of Offaly's current manager, Stephen Wallace. "He is a top coach and has done extremely well in every county he has been with so we are under no illusions as to the challenge that awaits us on Sunday," Sullivan told the Offaly Express.

"They have some key players that will take watching but we are ready for them," he insisted.

The prospect of summer football is one Sullivan and his band of Faithful charges are relishing. "We are a young team who want to play football and I think we will show this on Sunday coming."

"Championship football is completely different from league, the ground hardens up, the sun is out and lads relish playing in these conditions," he added.

Sullivan isn't underestimating the Garden County but is confident that his team is well prepared. "I feel if we can manage our game well Sunday, get out of blocks early and set the tone we have a good chance," he commented.

He says they are hoping to "carry the momentum" of their recent Division 3 survival into the Championsip. "Sunday is our only focus the past 6-8 weeks and now that it has come around, we are just itching to get onto the field," he concluded.