Johnson has to play with the U20s 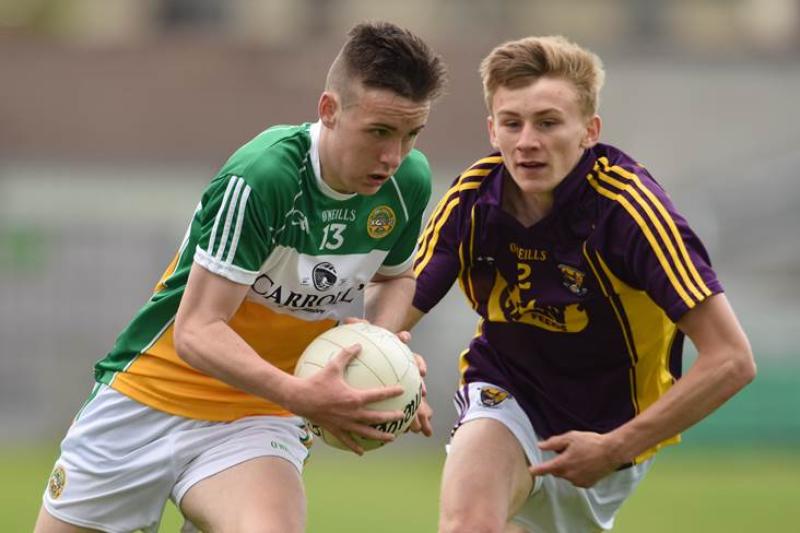 Offaly footballer Cian Johnson has told the Offaly Express he feels "hard done by" after Offaly GAA re-asserted a rule that stipulates he must play for the county's U20s and not Stephen Wallace's senior set-up.

The Ferbane teenager has been training with the Offaly senior panel since last October and lined out in the O'Byrne Cup and Allianz Football league earlier in the year.

Other counties have a rule that says a young player can play one grade or the other but not both without stipulating which, but Offaly County Board went one step further, "in the interest of player development," by stating that the likes of Johnson has to play with his own age group.

The Ferbane forward pointed out that he has been training with Stephen Wallace's team until this week, and mentioned the sacrifices he has made to get himself to a level to make an impact at the top table, something most accept he has done for both club and county since the turn of the year.

"I’m doing my leaving cert this year but I still committed to the Offaly senior team because it’s been my dream since I started playing football," he said.

"I’ve been getting home from school and dropping everything to go training, getting home late and having to start into homework, not getting to bed until all hours of the morning and feeling the effects of a hard training session the next day in school."

"These are the sacrifices I've made with the motivation of making my Offaly senior football debut at the end of all this hard work, but now that's been taken away from me. I’m extremely disappointed," Cian commented.

Another headline-grabbing teenager, David Clifford, has been permitted to play with the Kerry senior side this summer despite being eligible at U20 and this is something that further frustrates Johnson in his drive to join his fellow hotshot at senior level.

"David Clifford is U20 but is playing senior because Kerry are prioritising their senior team, but Offaly aren’t doing that with me," Johnson fumed.

Johnson hasn't trained with the U20s this year but will now be thrust into the set-up ahead of their championship commencing at the end of the month. Barry Rohan, a goalkeeper who was involved with the senior team this year, is also eligible for the U20s and has been in their camp since the end of the Allianz League.

The news on Johnson is a blow for manager Stephen Wallace who now must plan without the teenager, despite having him at his disposal all year. He had fought the rule but is now resigned to the loss of the sharpshooter. "It is what it is now so we’ve no choice only to move on Im afraid," he told the Offaly Express.

He also re-iterated that player development has always been high on his list of priorities and that he brought a lot of young players through in Kerry who went on to play at senior level. Offaly County Board, however, have stuck to their guns on this one and having confirmed the rule last week, look unlikely to reverse the decision that forces Cian Johnson back down to U20s level.

Wallace has been handed a boost recently with Ruairi McNamee joining the senior panel having been away travelling earlier in the year. The young Rhode man offers Wallace more attacking and midfield options as the team prepare for their Leinster Championship opener against Wicklow on Sunday afternoon at 4pm in Portlaoise.