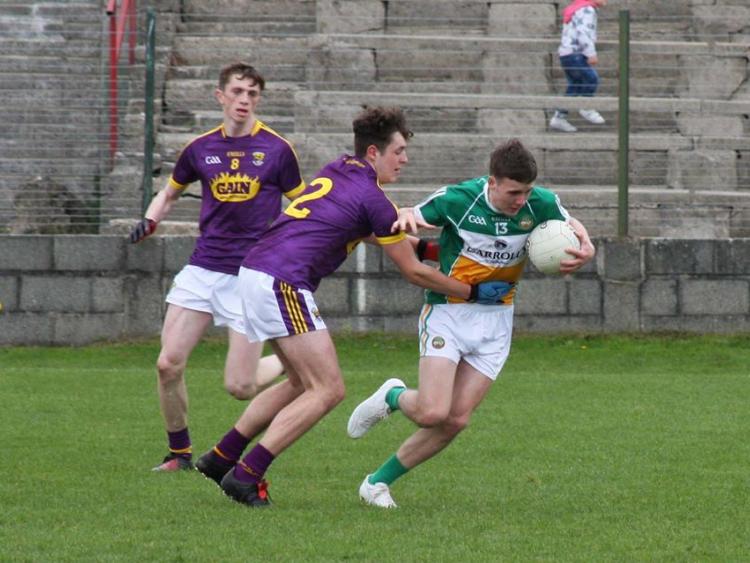 Offaly GAA has hit the headlines this week - the week of our opning senior championship match against Wicklow - as it moved to cement a rule that bars U20 panellists from playing senior intercounty football.

Cian Johnson will not be permitted to play for Stephen Wallace's senior team because of the rule which Offaly GAA says is about development, namely allowing the likes of Johnson to develop with his own age group.

SEE ALSO: Johnson out in the cold as Offaly rule bars him from senior set-up

The lad has expressed his desire to play senior football, pointing out that Wallace wants him in the squad. For the Kerry man's part, he does indeed want him involved and has fought the rule since taking the manager's job last year.

I've spoken to Stephen Wallace numerous times about the development of young players, and he has taken a cautious approach from Day 1. He hadn't taken charge of his first game yet when he said the likes of Cian Johnson need to be "minded" as they mature into fully fledged senior players.

And give the guy some credit, he left him out of teams when he had school games, and used him in a limited capacity throughout the league and pre-season campaign to date.

Despite shining at minor level last year, a jump up to the senior grade seemed a long way off when Wallace took over, and he himself admitted the Ferbane forward had plenty of developing to do before such an eventuality arose.

However, Johnson was brought in and made an instant impact at senior level. He played five times during the league and got on the scoresheet on a number of occasions. He's shown he's ready and with a manager who was reluctant to blood such a young talent at the beginning of the year, his inclusion in the squad right through the league is testament to his talent.

In Kerry, a county more famed than ourselves at producing young and long-lasting talents, David Clifford and Sean O'Shea have been released to play for the senior team this summer. The rule in Offaly is not one passed down from HQ, it's one drawn up at local level.

Offaly County Board chairman Tommy Byrne has been quoted as saying the rule is to ensure the development of players and I've no doubt it was introduced for this admirable reason with the best of intentions. The board probably didn't envisage a point where the likes of a Cian Johnson, a teenager who is still in school, would come along and shine a spotlight on the rule. It doesn't happen too often.

Of course, young talents emerge in every county but often they come up through the ranks without much fuss. The senior manager may have established talent at his disposal and will not need the young hotshot for a couple of years. There's nothing wrong with that, but it's not a hard and fast rule that should be applied to every player.

Niall McNamee was playing senior football when he was 17 and he went on to become the best Offaly forward of the last 20 years, often named as one of the best never to win a major title at county level. Back in 2004 there wasn't as much of an emphasis on player burnout and perhaps Niall was overplayed at a young age, but there are safeguards now.

Cian Johnson is not going to go into the Offaly senior set-up and play 70 minutes every game and that's how it should be. He's at a very early stage of his development, anyone would admit that, but to suggest a couple of championship games and perhaps a couple of qualifier games at senior level in 2018 will hinder is development is ludicrous.

Cian spoke to us earlier this year for a wide-ranging interview and mentioned the step up to senior level, a grade he's now playing at for his club. He said it's a rude awakening not to be able to walk through players as he did at minor level. He said this pushed him to learn new skills and adapt his way of playing to meet the standard and physical requirements.

The possibility of playing a proper revved up Dublin team, the best team of the modern era, at O'Connor Park if the expected win against Wicklow comes to fruition; that's development.

Learning from the likes of Niall Darby and Nigel Dunne and others within the senior ranks, that's a huge development opportunity for a kid who's always been seen as just a bit special.

Tasting defeat and a dose of reality will do Cian Johnson no harm, and the lad is hungry for that challenge. He comes across as a confident young man who has his eyes on the top brass. He has the ability too as shown by his 3-6 tally from play in a senior club championship match against Gracefield last month. Not many players possess such talent at any age, never mind 18.

There are those, including the Offaly County Board, that will say he needs to stay at U20s, learn his trade and come up in a couple of years to senior level. There's a validity to that argument, I will admit, and he could be forced to play U20s and excel game after game and have people like me writing glowing headlines about him. He'll have it a lot easier than getting targeted by senior fullbacks, but what more will he learn about himself or his game only that he is very good - something he already knows. Something we all know.

Offaly doesn't have much room for manoeuvre either. Where a Jim Gavin can leave very young players back at the younger age groups for longer, Offaly has no such luxury. We've eight senior clubs, and even that is a stretch. The talent pool at Stephen Wallace's disposal is already small as a result.

You will have 16 corner forwards, two at each club, starting for senior clubs at each round of the championship and factoring in the likes of Niall McNamee at Rhode who's retired, that pool dwindles further. Not only that, but Johnson is one of the best around in the county at any age.

Jose Mourinho doesn't send Marcus Rashford back to the U23 squad at Manchester United simply because he's eligible to play with those younger grades. A player is given a chance at the top level and if he takes it with aplomb, he plays, simple as that. It's fair to say Johnson has done just that.

He is quite obviously good enough and if Offaly County Board bar him from togging out this Sunday or going forward for the senior team, they are making a huge mistake, a decision at odds with almost every other county in the country.