Tullamore turn on the style to win crucial league clash

They started the day as underdogs 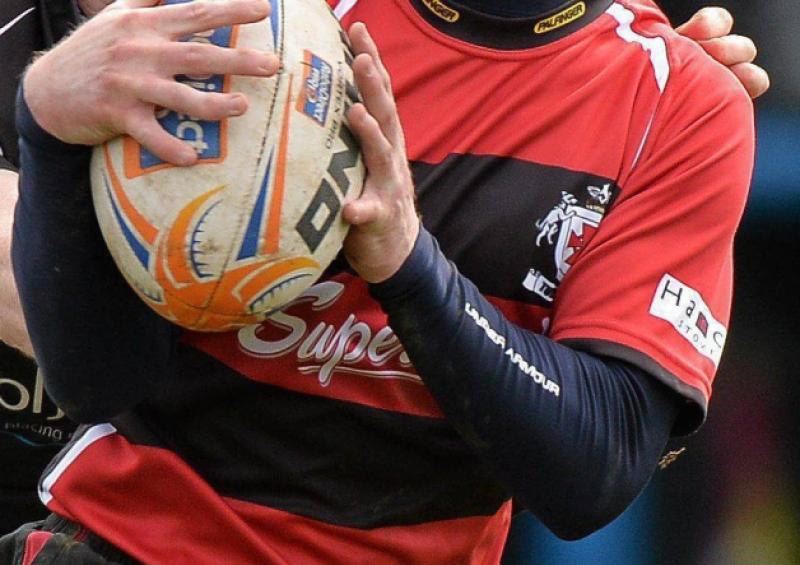 Tullamore turn on the style to win crucial league clash

An under pressure Tullamore side produced the performance of the season when they hammered Sligo at a buzzing Spollanstown last Saturday.

The home side entered the game as massive underdogs. Struggling at the foot of the table and staring relegation in the face the visit of the league leaders did not offer much hope to Tullamore.

The home support, although outnumbered by a matter of 3 to 1, enjoyed a dream result on a bitterly cold day. From the kick off the home side bristled with intent. From 1 to 15, the tackling was intense and relentless. The huge Sligo pack were hit hard from start to finish.

The Tullamore scrum and lineout dominated their opponents. Centre Brian Geraghty had a great game scoring four tries but this was unquestionably a total team effort.

The first 10 minutes saw Sligo camped in the Tullamore half but the hard graft of the entire home side frustrated Sligo. Then on their first visit to the Sligo half Tullamore took the lead. Good passing from Cathal Feighery and Brian Geraghty put Karl Dunne away and the full back crossed in the left corner for a 5-0 lead.

Sligo dominated the next 15 minutes and after a series of mauls close to the home line their pack drove over for a converted try and a 7-5 lead. The Sligo support were in full voice now as the game seemed to be on a predictable curve.

However, Tullamore piled on the pressure and two splendid tries followed. Captain Tom Gilligan took an inside pass and ran 30 metres for a great score. Minutes later Kevin Browne made a break from halfway and his pass sent Brian Geraghty storming through to touch down under the posts.

The conversion by Karl Dunne left the score at 17-7 to Tullamore and there it stayed until half time. All the conversation at the break was still fretful from a Tullamore perspective.

Sligo started the second half very well and after 10 minutes kicked a penalty to reduce the margin to 17-10. Then the game took a surreal turn as in the space of 20 minutes Tullamore scored three tries, all by big centre Brian Geraghty.

As Sligo tried to attack from their own half a ball went to ground and Geraghty kicked it through twice and won the race for to touch down in the right corner for a 22-10 lead and the precious bonus point.

The home side now smelled blood and two minutes came the score of the day. Out half Aidan Wynne made a lovely break 40 metres out and his outside pass saw Brian Geraghty show great pace and strength to crash over at the corner flag 27-10.

Back came Tullamore and when another Sligo attack broke down in midfield prop Eamonn Bracken kicked through to the 22 and Brian Geraghty again was on hand to hack it on and win the race for the try.

Sligo to their credit kept battling and scored a converted try in injury time when a weary home side were down a few players to yellow cards. It finished Tullamore 32 Sligo 17.

Coaches John Burns and recently returned John Moylan will be pleased after preparing their team to earn the unlikely victory. Next Saturday Tullamore are at home to Middleton and the club are hoping for a bigger home support. KO v Middleton 2.30pm.