A proud day for rugby in the county 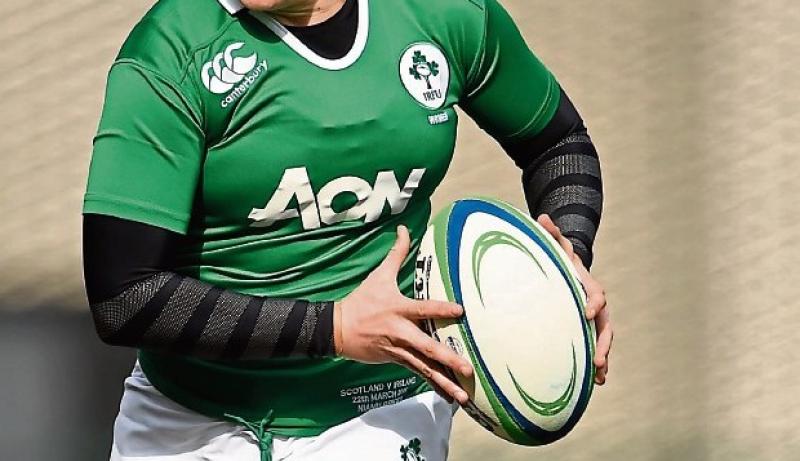 Three Offaly women have been named on the Ireland squad, sponsored by Aon, for the 2018 Women's Six Nations Championship by new head coach Adam Griggs.

Michelle Claffey, who is previously uncapped, makes the grade for the Faithful county, representing Blackrock and Leinster, while Nicola Fryday and Ailsa Hughes have also been named on the team sheet.

38 players are included from 10 different clubs.

Nine players who are part of the Ireland Women's Sevens programme also feature. With the Sydney 7s taking place on January 27 and 28, players who are selected for this tournament will not be available for the first Six Nations game in France.

Recently-appointed Ireland head coach Adam Griggs will name his captain in the New Year, upon completion of scheduled training camps. The squad will kick off the 2018 Championship against France at Toulouse's Stade Ernest Wallon on Saturday, February 3, before playing three home matches at Donnybrook - Italy (February 11), Wales (February 25) and Scotland (March 11).

They will finish their Six Nations campaign away to defending champions England on Friday, March 16 in what will be a double header at the Ricoh Arena in Coventry, with the Ireland Under-20s meeting their English counterparts after the Women's game.

Griggs, who will take the squad to Wales for an uncapped warm-up fixture in January, said: "Over the course of the Interprovincial fixtures, I've had the opportunity to see the players in competitive and challenging games, and it was very valuable for me to see them in action.

"There is good experience in the squad, with most of the players selected competing at this level for a number of seasons. In addition to those experienced players, there are also nine uncapped players named, and they've all earned their inclusion by performing well in the Interpro games and for the Irish Sevens.

"I've no doubt there will be good competition for places throughout the campaign. I'm excited to be working with these players and I'm looking forward to getting the campaign underway in what is set to be a tough opening game in the south of France."

Tickets for the Ireland Women's home games at Donnybrook are available now via www.ticketmaster.ie. The IRFU is offering a bus subsidy of up to 400 euro per club for private transport hire. For more information on the bus subsidy for the 2018 Women's Six Nations, contact womensrugby@irfu.ie before purchasing tickets.