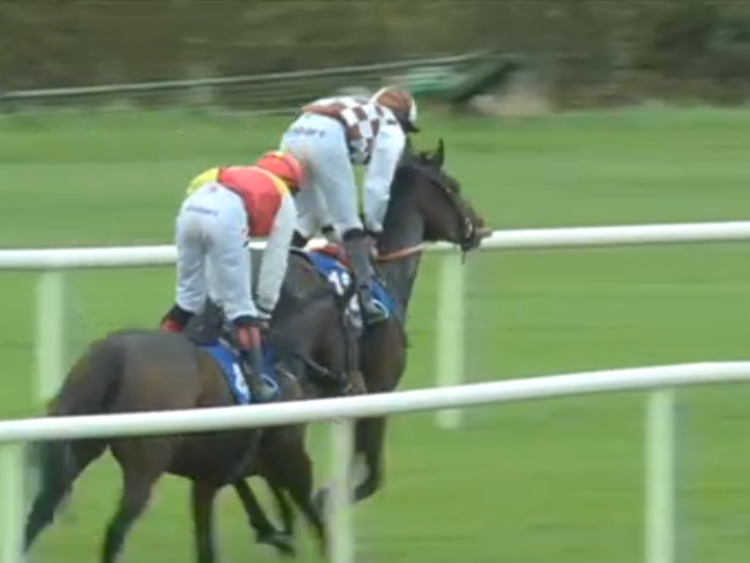 Offaly trainer does Pat Smullen as huge favour at Fairyhouse

Pat Smullen has admitted in recent days that he is up against it in the race to be crowned the 2017 champion jockey ahead of leader Colin Keane, although Shinrone man Webb gave him a small helping hand at Fairyhouse on Tuesday afternoon.

Smullen trails Keane by four winners with meetings running out ahead of the final day of the flat season on November 5, and the pair went head to head once more at Fairyhouse.

Webb's runner Ask Katie, ridden by Conor Hoban, denied Colin Keane's mount Harry Speed in the final strides of the 15:45, preventing him from extending his lead over Smullen.

Ask Katie finished the race well and went to the front with less than a hundred yards to race.

Smullen is still chasing Keane in the champion jockey stakes as he aims to be crowned Irish champion flat jockey for the 10th time, having first picked up the award in 2000. Keane is aiming for his first title.