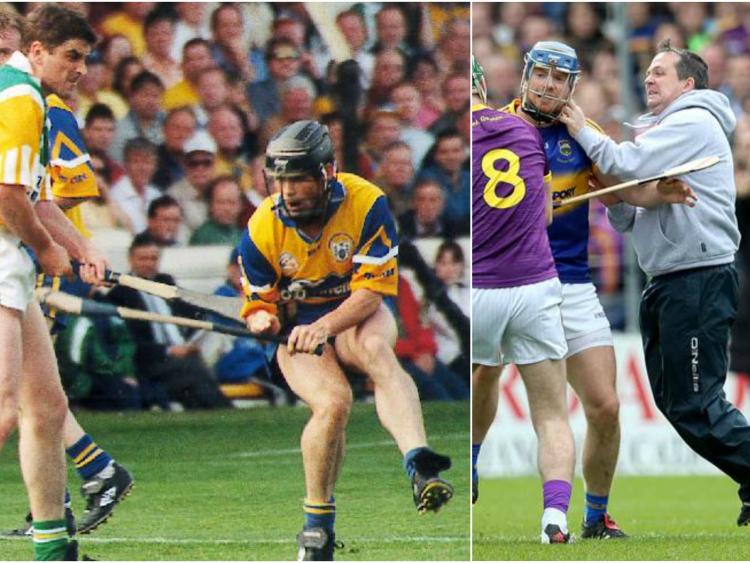 Offaly hurling legend Michael Duignan has hit back at Davy Fitzgerald after the Wexford boss reacted strongly to criticism levelled at the Wexford/Warterford All-Ireland quarter-final.

Duignan criticised the sweeper system used by Davy Fitzgerald and Waterford manager Derek McGrath, saying "it's not the game I love."

Henry Shefflin echoed Duignan's sentiments as he took to Twitter during Sunday's clash, prompting Fitzgerald into a passionate tirade.

In his reaction, Davy said Duignan needs to "step this messing." "Michael Duignan and Henry have never managed a team at a high level. The people need to wake up, so they do," the Clare native said.

“It’s great for the likes of Michael Duignan, he should have had an opinion on something recently and he didn’t have it and he should have stood up," the former Clare goalkeeper continued.

He went to say that he thinks RTÉ should "go and have a look at themselves and get analysts who have been on the sideline and who know what the story is about."

Writing in Monday's Irish Daily Mail, Michael Duignan responded by saying: "I can tell Davy that I did manage Meath for a couple of years, and I coached Offaly in 2004, alongside then manager Mike McNamara."

"I felt I made a fairly positive contribution too but I took a back seat after that for a long number of reasons. I was asked to manage the Offaly team on a number of occasions but my wife Edel lost her battle with cancer and the kids were so small at the time. It just wasn't feasible to take up the Offaly role, although I would have felt I had something to offer."

He also mentioned that he's been involved in coaching kids for the last 13 years and that he totally refutes Davy's comments, adding that he'd encourage him to "grow up at this stage."

The war of words also continued on Twitter where Duignan is a very active commentator. The replies to his earlier comments continued to roll in on Sunday and even a Wexford hurling selector, Seoirse Bulfin, had a pop at the Offaly man.

100% entitled to your opinion @DuignanMichael, but why are "Shocked" when a person who has their own opinion about your opinion???

Duignan was quick to respond with yet another cutting jibe directed at Davy Fitz:

What's Dick got to do with this?!! He's well able to look after himself! Davy is completely out of order & I'm surprised with your defence.

In the aftermath on social media, there have been repeated calls for Duignan to "look at his own county" and "take the job that's going there."

In a recent poll on www.offalyexpress.ie, Duignan was voted as the public's third choice as the ideal new hurling manager in Offaly, behind both Anthony Daly and Danny Owens.

SEE ALSO: REVEALED: This is the man Offaly people want as the next hurling manager