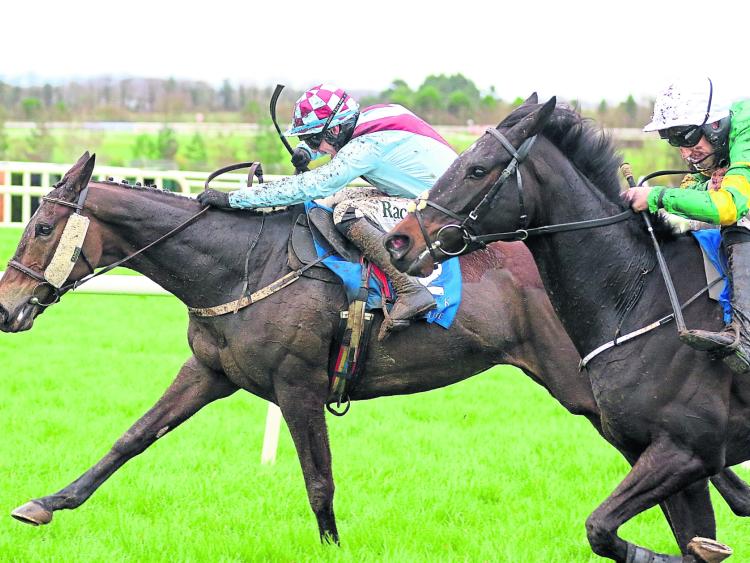 There's a good card down for decision at Kilbeggan this evening, and the rain in recent days will alter many people's idea of the winners. The weather will have put a bit of give into the ground, taking at least the firm out of the going, bringing a whole host of contenders into the frame.

In the 20:00 race, SCREAMING ROSE (11/10) is a rock solid favourite, but given conditions, an each-way punt on A SIZING NETWORK (9/1) is preferred. This horse is having its first run for Jessica Harrington having run five races without a win for Mouse Mouse since last July. Prior to that he had been with Henry De Bromhead, with whom he won just one race. None of that makes pleasant reading, but Jessica Harrington is capable of getting a horse out of a funk, especially for big-time owners Ann and Alan Potts. SIZING JOHN was good without being exceptional when he made the switch from De Bromhead to Harrington, and just last March collected the Cheltenham Gold Cup. A SIZING NETWORK is nowhere near that level but a similar upward trend could now materialise. This one will be ridden by Davy Russell which is a huge tick in its favour and has run credibly on occasion. In December, he was second, just five lengths behind TULLY EAST, a subsequent Cheltenham winner. A SIZING NETWORK was disappointing in a race won by ROYAL CAVIAR later the same month, but a break since may have freshened him up again.

The Midlands National takes place at 20:30 and it may be unwise to ignore the course form of current favourite BLACK ZAMBEZI (3/1). He has won his last two races, both of which came here at Kilbeggan. Last time out, he had seven lengths to spare over SHAKE THE BUCKET, and before that in May, he carried top weight when easily accounting for PRINCE GARYANTLE by six lengths. He carried 11st 12lbs that day and it failed to anchor him as he looked to love the test Kilbeggan provides. Before that he had finished in midfield, more than 20 lengths behind both POTTERS POINT and WOODLAND OPERA in two separate races. Although well back in those races, he did manage to get within a length of POTTERS POINT in a maiden hurdle at Galway last October carrying level weights with Gordon Elliott's improver. BLACK ZAMBEZI is up in trip, in great heart of late, and has won on good ground. All of that combines to suggest he is sure to go on tonight's surface and should be in the frame when they come to the line in this one. BAILY MOON and RIVIERA SUN represent dangers, although the rain will not have helped the latter's chances.

Finally in the 21:00 race, Willie Mullins can get on the scoresheet with COURT ARTIST (3/1). In what looks a competitive field, this one stands out based primarily on connections. Willie's horses always come on markedly from their first run, and this one was second to surprising 14/1 winner SILLOGUE PIO in September last year. It's been a lengthy intervening period, but the yard are in great shape and improvement is expected. In fairness, there needs to be a massive improvement as the form of that winner couldn't have worked out any worse. It's been tailed off in a string of races since. A couple of the ones behind that day haven't done badly since, so that race is not a complete lost cause. Three or four horses are disputing favoritism in this one with the likes of PANCRACE (5/2) and SLIPPERY SERPENT (11/4) also fancied. PANCRACE in particular will attract attention for Gordon Elliott and Jamie Codd, but he was 14 lengths behind the winner of an ordinary race at Wexford earlier this month. He should come on from that too, but the nod remains with COURT ARTIST.