OPINION: Offaly County Board sucks the life out of managers 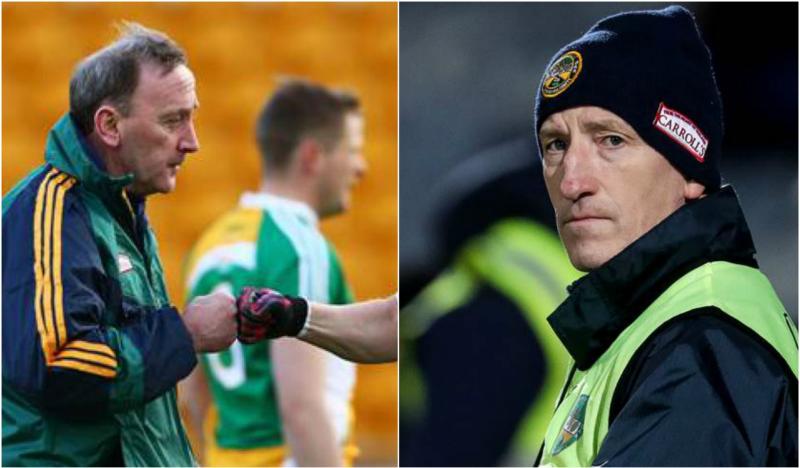 Offaly GAA is once again in disarray - like Michael Duignan said this morning, it's like "one disaster after another." Kevin Ryan stepped aside as the hurling manager on Monday, just weeks after Pat Flanagan was effectively ousted as the football boss. Out of the championship and managerless by July - it's a sad state of affairs.

I was a critic of both Flanagan and Ryan, and in particular Ryan, given his negative, albeit sobering outlook ahead of the qualifier clash with Waterford. I will never agree with that type of pre-game rhetoric, but in hindsight, it's plain to see why Kevin Ryan was demoralised to the point of literally giving up.

I have no doubt about the endeavour of both Flanagan and Ryan in the jobs they held. They came in with the best of intentions, but Offaly County Board strangled them - sapping every ounce of optimism from both men and the teams they led.

Pat Flanagan gave an eye-opening interview after his departure, in which he shed light on the blatant inaction and contempt for progress at board level. He said a promise of €4,000 for gym equipment last November never came to fruition, and similarly a request for a video analysis programme, team doctor and GPS tracking system wasn't acted upon.

Flanagan even wanted to be appraised and given direction and recommendations by the likes of Sean Boylan or Tommy Lyons after his first year in charge. He requested just such a review but was basically batted back into his place, while the county board brought in former player Vinny Claffey instead.

Perhaps eclipsing all that in terms of a complete indifference to an effort at development was County Board chairman Tommy Byrne's reaction to a plan drawn up by Flanagan in the summer of 2015. Flanagan presented the plan to Byrne, whom he said reacted in "shock/horror," suggesting Pat was trying to come in and run the county board. Fat chance.

Kevin Ryan has yet to give a tell-all interview, but you can imagine his reflections on his time in Offaly will be less than uplifting. He's spoken several times about a perceived lack of commitment from players. He said he would have struggled to get a squad of 35 or 40 players to train over the winter months.

He consistently reiterated how many steps we are behind other counties like Galway, Waterford and Tipperary. Players in Offaly know that and the fact that Kevin Ryan said it is not the problem. It's the fact that little is being done to reverse the trend by the powers that be - hence the lack of engagement from players.

Just hours after Pat Flanagan was shown the door at Offaly, a Hurling Review Committee set up to rebuild the sport in the county resigned en masse and a vital underage coaching link with Athlone IT was also severed.

The committee, chaired by Liam Hogan, and involving former Offaly star Brian Carroll and All-Ireland winning camogie captain Marion Crean, had been tasked with re-assessing hurling in the county. This committee was only put in place because the county board were effectively dragged kicking and screaming into acting upon a 2015 development report when the 39-page document leaked to the media.

Rebuild from within and come back stronger - that was the crux of it. But why did they resign in one fell swoop? In reaction to Offaly county board's implementation, or lack thereof as would be more pertinent, of their recommendations. Now that's more than just a little bit depressing. Strong people were in place but were lost because of the county board's unwillingness to cooperate. They'd have shelved the report from the beginning if given the chance.

Farcical developments like those in recent weeks demand answers, but the bigger problem is the fact that the county board seem to think they are beyond critique. Irish Daily Mirror GAA Correspondent, Pat Nolan, wrote an enlightening piece about the saga recently, one which was not furnished with input from Offaly GAA. They refused to comment. Further to that, they subsequently blocked Nolan from Twitter in a move more befitting of a petty schoolboy. We'll be getting no answer there.

This shows an utter contempt for criticism, for any point of view other than their own self-serving vision, a notion that does a disservice to the word 'vision' which might suggest a shred of foresight. So therein lies our problem - the ultimate barrier to progress is our own county board who have displayed numerous deficiencies for far too long.

Into this vista place the new hurling and football managers, whoever they may be. The excitement of throwing names back and forth can often overshadow the bigger picture. No matter who they are, from inside or outside the county, they are no-hopers.

Offaly GAA isn't in a rebuilding phase, a period of transition or even at a crossroads - it's just roadkill.