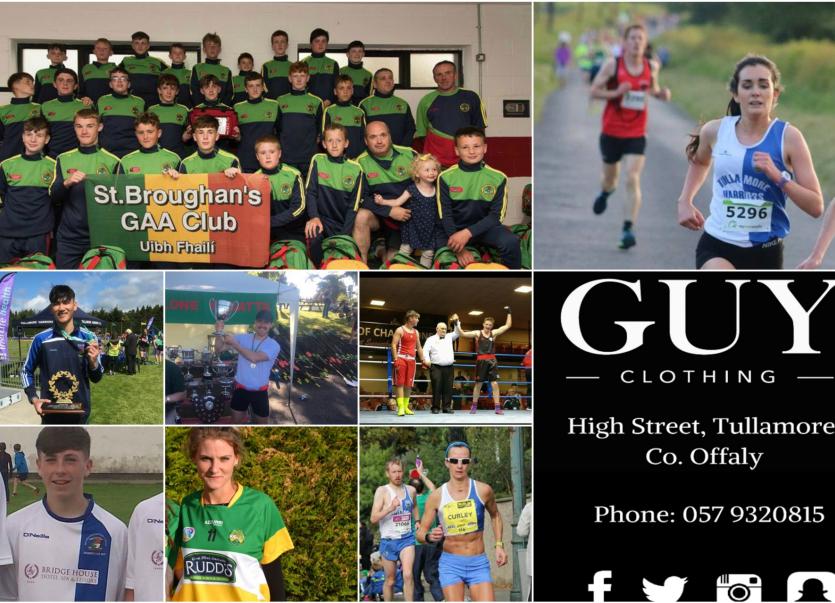 After thousands of votes this week, we finally have a winner in our search for the Offaly Express/Guy Clothing Sports Star of the Month award for June.

The voting produced a two-way battle between the St. Broughan's Feile team who were so cruelly denied Shield success by a score-keeping error, and Tullamore Harriers athlete Nadine Donegan.

With 30% of the overall vote, Nadine Donegan is the winner, and is the first Offaly Express/Guy Clothing Sports Star of the Month.

Tullamore once again hosted the National Under 20 and Under 23 Track and Field Championships in late June and Nadine emerged as the star.

She won her first national title in great style in the U23 5,000m event. Nadine was in powerful and unforgiving form as she won by twenty six seconds, a huge margin in a national championships.

Nadine will now be presented with a commemorative glass trophy, and will go forward as the June entrant for our Offaly Sports Star of the Year Award in association with Guy Clothing, Tullamore.

Finishing second in our poll was the St. Broughan's U14 Feile team who amassed an impressive 26%, while boxer Darragh Farrell who earned his place at the European Schoolboy Championships in June was third on 15%.