OPINION: It's time for big changes in Offaly football - and not just the manager 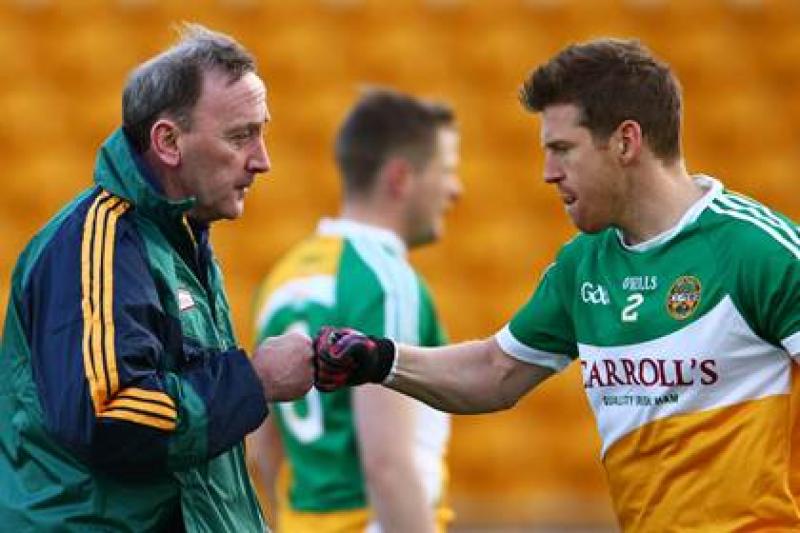 The news of Pat Flanagan's removal as Offaly football manager didn't come as a great shock this week, but it raises more questions about the inner workings of Offaly GAA than anyone cares to answer.

I was a supporter of a change in manager. Pat Flanagan has done a decent job in charge and had a serious eye on the younger panels, especially the 21s - a link between the levels that has to be welcomed. However, while he steadied the ship over the last three years, we still clung on to Division 3 football and had the shortest summer possible in the championship.

Perhaps his approach in terms of tactics is too cautious to foster a sense of excitement among the fans, at least - I can't comment on the players. That may have led to the souring of sentiment towards his position and ultimately his axing by the county board on Tuesday.

However, you have to have sympathy for a man doing a job with one hand tied behind his back. The revelations on Thursday about the lack of support is troubling to say the least, and doesn't bode well for Pat's replacement either. If the likes of gym equipment, video systems and GPS tracking requested months ago don't arrive, and your long-term plan is scoffed out, what motivation do you have to keep trying? What hope of success do you really have?

It's not like asking for those things is above a manager's station; he's not asking for a team holiday to Barbados. He's looking for the basic tools to do the job of an inter-county manager. Don't think for a second that a manager in Galway, Kildare, or the bigger teams are in a similar situation.

Even mentioning such inadequacies in the same breath as Dublin is laughable. For so long, people have moaned that we can't compete with the likes of the Dubs because they have psychologists and team dietitians, and every type of training aide you can think of. There's no mention of ourselves, at county board level, refusing to invest in a similar way in the absolute basics.

Then we go to Armagh and take a hiding, the players choose to drive themselves instead of taking a team bus, and Monday morning arrives and the blame is tied to the knocker of Pat Flanagan's door. It's easy to blame the visible figurehead of the team who faces the media and answers questions about tactics and so on.

But what about the behind the scenes inadequacies that have now come to our attention that are not far removed from situation like that Armagh defeat? How do you think a player feels when their county board doesn't believe in them enough to give them some backing, to give them the technology and amenities that might further their abilities? It's not even really about how they feel, it's about the fact that the lack of those things completely handicaps them - leads to heavy defeats - and demoralises a whole generation of Offaly players.

Attention now turns to a new manager. Some people want another local candidate, others a high-profile outsider who can bring about change and is not connected to the insular politics of the county board. Either way, they are similarly doomed given the approach by the board.

Pat Flanagan spoke of writing a long-term plan and vision for Offaly football, and we haven't seen that document, so cannot comment on its merit, but you can be guaranteed, given Pat's passion for the game, it was written with the county's best interests at heart. He said Tommy Byrne, the county board chairman reacted in "shock-horror" at the plan, and suggested Pat was trying to run the county board.

That vision has unsurprisingly been shelved and nothing like it has ever seen the light of day. People in the county are pinning their hopes on the Faithful Fields project to help us catch up with teams in Division 1 and 2. That project was handled and pushed by a number of dedicated individuals, and really, what good is it if it's going to be filled with empty rooms?

Faithful Fields presents an opportunity, not a solution to the woes of football and hurling in the county. We have good young players here, as good as perhaps 70% of other counties. The way in which we break out of the "run of the mill" group is through investment - in young players on a continual basis. Don't abandon them in favour of the bottom line. Success will not magically appear.

With the right candidate for the new senior boss, those structures can be put in place, but first the county board has to listen, not just dictate. I won't hold my breath!