SIDELINE MOUTHPIECE: Half arsed and half beaten - Offaly doomed against Déise 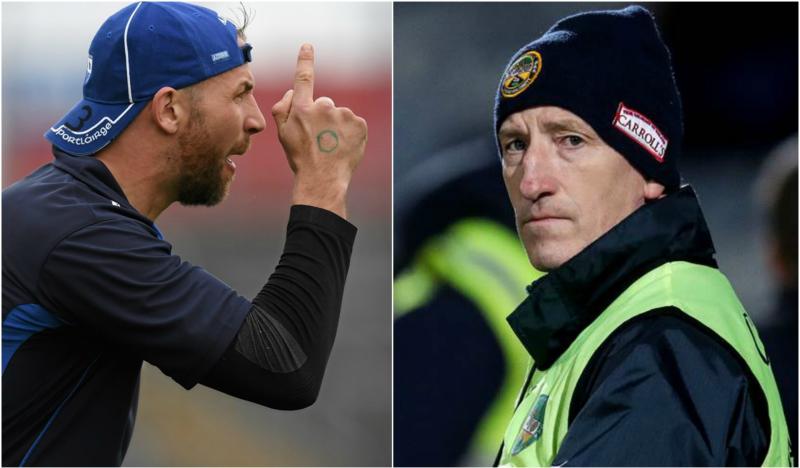 There was something admirable about the way the Offaly footballers went down to Cavan last weekend in the football qualifiers. Pat Flanagan, a decidedly cautious manager, had a go by all accounts, and his team lost with credit at least. Now, we still lost, but we didn't admit defeat before the game even started.

That's exactly what hurling boss Kevin Ryan has done this week in the build-up to our clash with Waterford on Saturday. Call it realism, call it what you want - you do not admit defeat before a ball has been pucked. Offaly would have never won anything if we bowed to the favourites in games over the years.

The vista facing this Offaly team is vastly different to the one in the 80s and 90s. We've gone from plucky underdogs to complete no-hopers in less than two decades. That is the message circulating among hurling people all over the country, and just recently, Ger Loughnane told the Sunday Game panel we were as low as we have ever been.

All that makes grim reading, but when your manager is coming out saying his priority is to "avoid a slaughtering" and that he "fears what they [Waterford] could do," it's a dismal state of affairs. I can't remember the last time I've seen such a defeatist attitude in an inter-county manager; such a lack of verve and belief.

I find it hard to take that our manager puts out this point of view in the media days out from a game of this magnitude. That outlook absolutely seeps into the dressing room and the confidence of the team. Our captain Sean Ryan and Sean Gardiner even wanted to play a junior football match for their clubs last weekend rather than county training. Do you think that's happening in Tipperary or Wexford?

They were entitled to play the game, and although they eventually relented with their desire to do so and turned up to county hurling training instead, the seed of unrest is obvious. If those players could see a vision in the hurling set-up, I doubt they'd consider jeopardising their place to go play against Birr or Lusmagh in a football match on a Friday night.

Kevin Ryan is constantly telling us how many steps ahead of Offaly the other teams are. That may be true, but do you think Davy Fitzgerald is talking to the media this week spouting about how many steps Galway are ahead of Wexford? Is the Limerick manager saying it about Kilkenny, or the Laois boss about Dublin?

If I was an Offaly hurler now, I'd be fairly depressed this week in the run-up to the Waterford game. I'm coming off after a training session with a man who doesn't think we have the slightest chance of getting anywhere close to Waterford. He lives in fear of what they might do to us for God's sake. There's sports psychology for you - instill fear.

Kevin Ryan is a man with plenty of passion for the sport of hurling, I have no doubt, but not much of it is for Offaly hurling, or so it would appear from his demeanour. He goes into every game with a damaged limitation approach. He played two sweepers at times against Galway to avoid a hammering and we still got hammered. He'll do the same against Waterford and we'll get hammered.

The ball hasn't even been thrown in at Bord na Móna O'Connor Park and Waterford have already hammered us. I'm under no illusions, and Waterford are 1/100 to beat us, but surely we should leave the excuses until after the game, leave the negativity and surrendering to 'gulfs in class' until after we've had a crack at it.

A coach wouldn't walk up to a lad racing Usain Bolt on the blocks and say, 'you haven't a hope son, but good luck anyway.' And he about to run his little legs off. Even if you know he's not good enough, tell him he is until he's run his race and given the effort of a man who thinks he might pull it off.

I'm all for realism, and in the grand scheme of things, that reality is bleak for Offaly hurling. What I don't appreciate is a manager who doesn't instill some sort of belief in his team that something extraordinary is possible. It's still 15 on 15 after all and what have we got to lose really? Play conservatively and get beaten by 20 points, or play with a bit of a bite, give them a fright or lose by more.

Vince Lombardi said it best when he contended, 'quitters never win.' Would it make a difference if Kevin Ryan had been out this week saying we know it's not expected, but we can upset the odds against Waterford? Perhaps not, but wouldn't it have at least been worth a try.