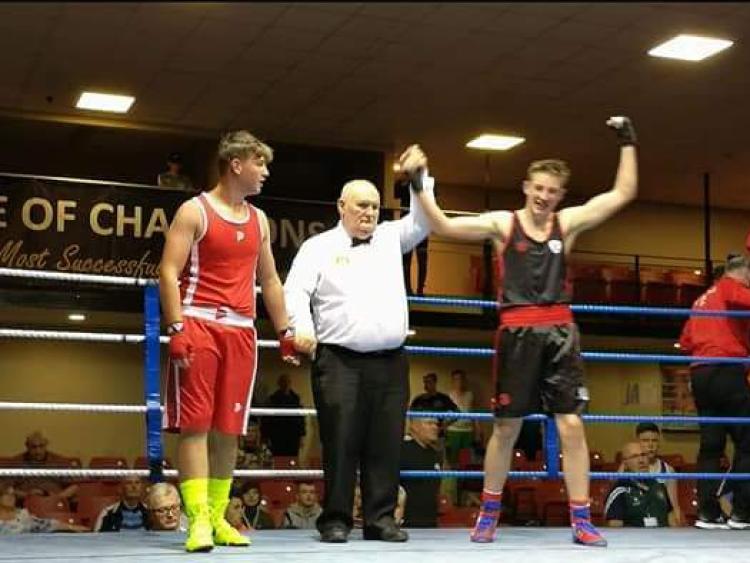 Edenderry boxer Darragh Farrell has earned a place at the Schoolboys European Championships later this year after a scintillating victory at the Junior Cadet Championships in the National Stadium.

The 14-year-old Oaklands student was in the ring at 9.30pm on Friday night, June 23, where he was facing a familiar opponent in the shape of Michael Keenan from Cork.

Darragh, who has only lost one fight since taking up boxing competitively at the age of 11 in 2015, settled into his rhythm quickly and got the better of his rival in an entertaining bout.

There was great support in the stadium for Darragh, a popular Edenderry teenager who is an accomplished all-round athlete and three-time All-Ireland champion.

He defeated his Cork opponent by a unanimous decision on the judges' scorecards, securing his place at the Europeans, where he will look to make amends for losing out at the Cadet Championship stage last year.

He lost out to the super talented Jason Myers from Galway at the Junior Cadet Championship last year, but could take consolation in the fact that Myers went on to win the gold medal at the European Championships.

Darragh was the only Offaly winner at the Cadets on Friday night, and after his fight, he took time out to thank his team. "I'd like to thank everyone who has supported me, wished me well and travelled to see me fight."

"Also a special thanks to my coaches in St. Joseph's Boxing Club for all the time they put in every week, training me and the other boxers. We are lucky to have such dedicated coaches in our club," he added.

The young boxer also said he is now looking forward to the next few weeks, and he has firmly set his sights on European glory.

Farrell competes in the 76kg category of his age class, and has already boxed his way to three All-Ireland titles, as well as three Leinster titles and two Michael Andrews titles.