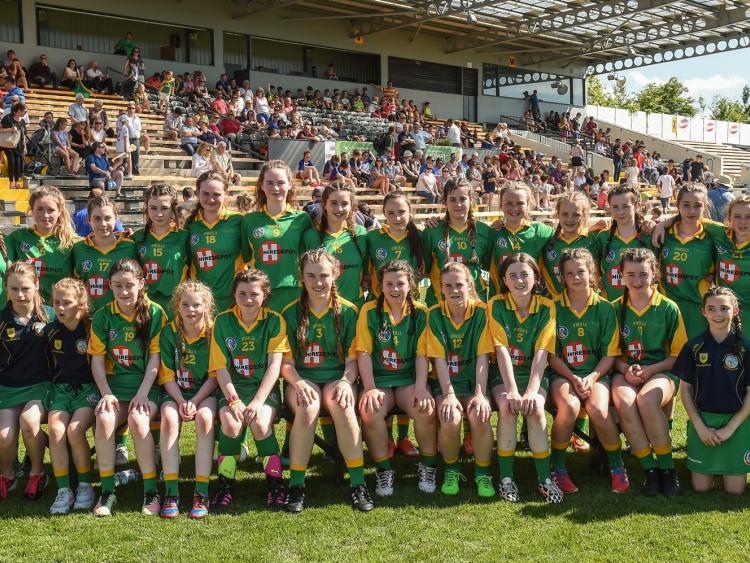 Offaly were well represented at this year's Feile na nGael U14 hurling competition in Wexford, Carlow and Kilkenny over the weekend with four boys teams and two girls teams taking part.

In camogie, Kilcormac-Killoughey were the standout performers as the went all the way to the Division 2 final. They won all three of there group games before seeing off Mooncoin in the cup quarter-final on a scoreline of 1-5 to 1-4. They followed that with another one point win in the semi-final against Raharney, 0-5 to 1-1. In a thrilling final, the Kilcormac-Killoughey girls were just outgunned by a brilliant Dicksboro team on a scoreline of 1-5 to 0-5.

In Division 4 of the camogie competition, Lusmagh/Drumcullen had a tough assignment in Group C where they were defeated in all three of their first round games. In the shield quarter-final, they put up a decent fight but eventually, goals won the day as Duffry Rover/Feannaire na Dubh Tíre beat the Offaly side 4-3 to 1-3.

In the boys side of Feile 2017, CRC Gaels went very close to lifting the cup as they reached the Division 4 final. They won all three of their group games before beating Bredagh on a scoreline of 4-5 to 2-4. Their semi-final was even easier for the Crinkill/Carrig & Riverstown lads as they beat Kilmacow 3-6 to 0-1. The final was a tough ask for them as they were pitted against the might of Bennettsbridge, who prevailed on a scoreline of 3-5 to 1-3.

Birr found things tough in Division 2 as they won just one of their three group games, and were beaten 3-5 to 1-6 against Trim in the Shield quarter-final.

Kinnitty started with intent, easily accounting for their group rivals in winning their first three games in Division 8, but they came up against a strong Hospital Herbertstown team in the cup quarter-final, and unfortunately lost on a scoreline of 3-5 to 2-3.

Banagher also got out of the traps quickly, winning two or their three group games, but they were ultimately beaten by Clara in the Division 9 cup quarter-final by seven points, 2-3 to 0-2.