PREVIEW: Offaly must find more to fend off structured Westmeath 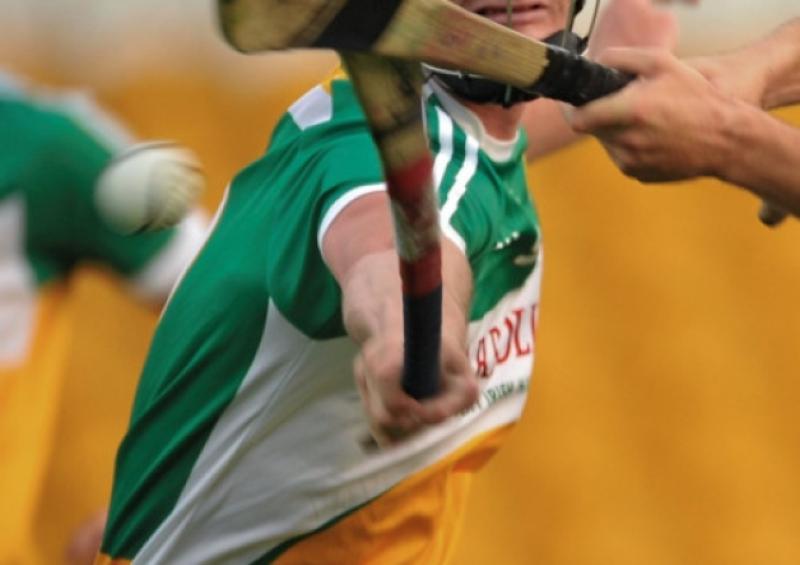 In the past, Offaly's hurlers could be expected to see off their neighbours in Westmeath with little fuss. But as the dust settled on another poor league campaign for Offaly, it became clear that the gap between Offaly and Westmeath is narrower than history would have us believe.

Westmeath themselves wouldn't be ecstatic with their league performance this year. Indeed, losing to Kildare and Carlow would be a disappointment for a county that has been building a hurling infrastructure to a high level over the past decade or so. They righted many of those wrongs with a comprehensive victory over Antrim, and also easily accounted for London and Armagh.

They finished in the middle of the pack in 2A and lost their opening two games in the round robin phase of this year's Leinster Hurling Championship. Following a narrow defeat to a resurgent Laois outfit, they were once again denied by Kerry, before beating rivals and neighbours Meath to secure a quarter-final spot at the Royals' expense.

Westmeath hurling has been on the upsurge for a number of years now and young hurlers are nurtured and brought through in a way not seen in many other counties. Their re-emergence is particularly impressive given the fact that Westmeath is traditionally a footballing county. Projects like this in Westmeath are invariably slow builds, but two things happened this time last year that showed the Lake County has turned it around in a big way.

In the round robin phase of Leinster last May, Westmeath not only overcame Offaly, they routed them by 14 points on a scoreline of 2-22 to 1-11. Eoin Price and Derek McNicholas scored 2-07 between them on a day Offaly hurling was really sent into the doldrums. The Faithful did manage to beat Carlow and Kerry to reach the quarter-finals but neither of those performances were really all that inspiring.

Westmeath bowed out at the hands of Galway at the quarter-final stage while the Tribesmen also vanquished Offaly just one round later, but Westmeath were not finished for the summer of 2016. Although their seniors were eventually put out of the championship by Limerick in the qualifiers, their U21 side were brewing a real moment of history of their own.

The rank outsiders welcomed Kilkenny, the hardest hitting of all the hurling heavyweights, to Cusack Park in Mullingar in late May for the U21 Leinster quarter-final. A Warren Casserly goal late on put the Westmeath men three in front, and even with the high drama of a Kilkenny penalty late on, the resultant wide ball saw Westmeath victorious, and deservedly too. Kilkenny were paddling in that game and the usual cool cats were well and truly rattled.

Westmeath had the headline writers in a daze, but the GAA world lit up with news of the shock - the very phenomenon that gives the sport its enduring magic. Where would we be if everything was predictable? Westmeath subsequently went down with credit to the eventual Leinster champions Dublin, the same team that beat Offaly by eight points in the final.

So where does that leave us now ahead of the senior clash on Saturday evening? It shows that Westmeath have been fostering something for some time, and that they have a cohort of young hurlers, at least equally as talented as those in Offaly - the key thing being, Westmeath's numbers are growing. The same can't be said for Offaly, and the truth of it is, we are picking from a smaller group of players all the time.

Sure, we will have emerging talents like Oisin Kelly, who scored six goals in last year's U21 championship, and has settled well into the senior fold, but the nucleus of hurling prowess is diminishing all the time. Westmeath handed Offaly a reality check last year - a reminder, not that one was needed, that 1998 and the glories of the past are a very distant memory. They don't entitle us to success.

Rather than perhaps creating a bed of hurling talent at that time, it may be the case that it was a once off - a truly great generation of talented brothers and special players all coming through at the one time. We thought it would last forever, and on days like last year in Cusack Park, we were well and truly reminded that that was never destined to be. A great team can manifest itself once in every few generations - maybe - but will not do so continually without the structural anchoring that we lack.

Offaly head into Saturday's tie as overwhelming favourites against Westmeath, but perhaps even that is down to history and the expectation, that 'surely Offaly will win that.' That sort of glow around Offaly is growing dim and gets closer to being extinguished with each passing season. We went from the team that conquered so much, to the plucky underdogs whose tradition wouldn't let them lose handy, to a team completely overlooked - devoid of any real spark.

Blinded by the 90s trailblazers, that shone so brightly and conquered so much, Offaly dropped the ball, and sadly, we haven't picked it up since.

This Saturday's Leinster quarter-final between Offaly and Westmeath throws in at 7pm at Cusack Park in Mullingar.