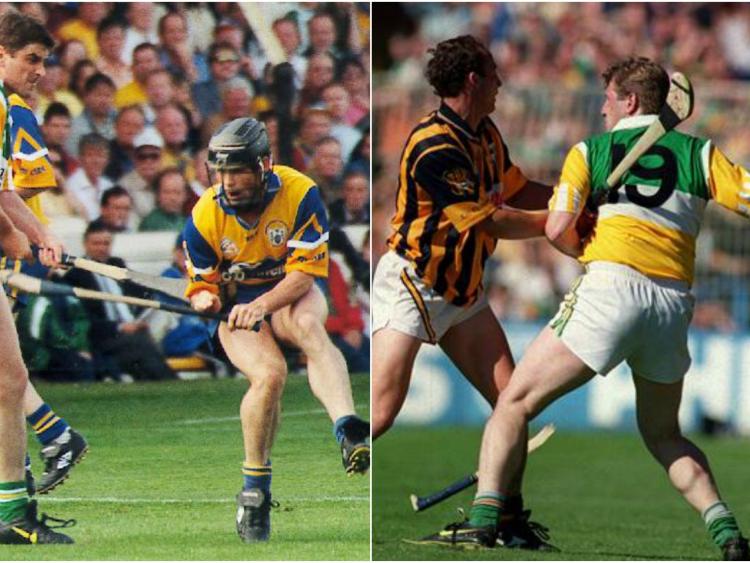 Throwing slaps was grand in the 90s, lads - is that it?

That would be my question to former players from all counties who are coming out of the woodwork to lambaste Wexford manager Davy Fitzgerald after his on-field hysterics over the Easter weekend.

Daithi Regan was first up, calling Davy "childish" and saying he "let Wexford down" when he came onto the pitch to remonstrate with the referee after a free was not awarded to his team against Tipperary. "Typical Davy stuff" he called it as he said the Tipperary lad who met him "should have left him on his arse."

Sure isn't that what Daithi himself tried to do to Andy Comerford back in 1999 after coming on as a sub in that year's Leinster Senior Hurling Final? Comerford was serving it up to Offaly in serious style that day, and Regan sprung from the dugout and tried to deck him - twice.

First he had a few clips with the hurl, which broke in half off the Kilkenny man's leg, before he went in with the aul fists for good measure. He got sent off and we got absolutely hammered 5-14 to 1-16 - admittedly we were already miles behind when the Birr man got his marching orders.

Now Regan wasn't a manager at the time, and therefore was supposed to be on the pitch, unlike Davy last weekend, but surely actions like that are as bad as Fitzgerald's little shoulder in the league semi-final. You might even say 'childish,' or that such behaviour lets the game of hurling and Offaly down in this instance. But that was the 90s.

Watch Regan's altercation with Comerford below:

Michael Duignan was out next with a video posted to the Sunday Game Facebook page, saying "going out on the pitch and arguing with the ref is one thing, but the physical altercation with the couple of players could have been dangerous." He went on to say, "back in our day, there's no doubt he would have got a belt and anything could have happened out of that."

SEE ALSO: THROWBACK: The year we 'lost' a semi-final but won the All-Ireland

Now Duignan has a fairly good disciplinary record to his name, and I think was only sent off once in over 27 years of adult hurling, but that doesn't excuse his actions in 1998 when he absolutely laced Clare's David Forde with the hurl in one of those famous All-Ireland semi-final games against the banner. Wasn't that dangerous - more dangerous, in fact, than Davy's shoving match with two Tipp players?

Judge for yourself - here's the video:

He took an almighty swing at the Clare man's stomach, leaving him in a heap, and somehow avoided a card of any colour. Such a clatter would result in a severe ban nowadays and if a current player did it, Duignan would be on again talking to Marty on the Sunday Game Facebook page telling us how it doesn't have a place in our game. And of course it doesn't, but wouldn't that smack of hypocrisy in light of the above incident.

Duignan himself believes he should have been sent off that day, but even that remorse doesn't excuse it. But that was the 90s.

Both Regan and Duignan were quick to criticise Davy this week, and his actions were reprehensible and he got the ban he deserved, but they weren't so quick to point out their own indiscretions. They might be defended as 'heat of the battle' stuff, or 'a moment of madness,' and yet we're not supposed compare the two with Fitzgerald.

Perhaps they are different - a manager is never supposed to be on the field of play after all, but I'd argue that what Davy Fitzgerald did was no worse than either of these incidents. I'm not buying the 'different era' nonsense that will be levelled at comparisons - a dig today is the same as one in the 90s, and sure Davy swung at no one. Duignan swung the hurl, and sure Daithi might still be swinging...

We're talking about behaviour here, regardless of whether you're a player or manager, or whether it's 1999 or 2017.

Even if you argue the Offaly examples are 'once-off' incidents or not, they are just as bad, if not worse. Davy doesn't go out and get involved in scuffles like the one that happened over Easter every weekend either.