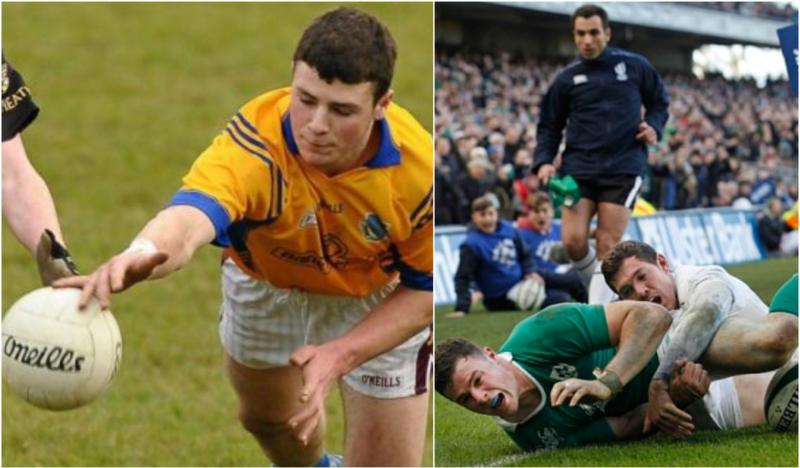 Westmeath man Robbie Henshaw was today named as part of Warren Gatland's 41-man squad for the British and Irish Lions Tour of New Zealand this summer.

The Athlone man was a key part of the Marist College senior team between 2009 and 2012, but the big midfielder was outdone on a number of occasions by one particular Offaly school.

"I got to two semi-finals in Leinster and played with a lot of great players who are now county players," Henshaw said in a 2016 interview with the Irish Times.

In those two semi-finals with the senior team at the Marist, he was on the losing side in games against St. Mary's Secondary School, Edenderry, who went on to win a Hogan Cup in 2012.

In both games, the Marist, with current Irish rugby international and now Lion Robbie Henshaw at midfield, put it up to Emmet McDonnell's formidable team. The Athlone outfit also had the likes of current Westmeath forward Callum McCormack and another rugby star, Connacht's Jack Carty, in their ranks on those occasions.

His former Marist football manager John Parker told the Irish Times last year that, “he (Henshaw) played at midfield for us against Edenderry in the Leinster senior championship (2012) and was the man of the match on the day."

At that time, St. Mary's had some exceptional talent, including current Kildare player Daniel Flynn from the Johnstownbridge club, and yet Henshaw's sheer athleticism saw him dominate for long spells in the centre of the field.

St. Mary's went on and won the All-Ireland after but John Parker reckons on that day in the Leinster semi-final in 2012, Henshaw "was certainly the best man on show."

Henshaw loved the intensity of school's football, and also recognises his time playing GAA as a key factor in his rugby game. “Schools football was always very serious," Henshaw told the Times.

"I noticed that every time we went out to play in the championship the intensity level would raise to a different level, similar to schools cup rugby. I played with and against some lads from the Marist and Athlone Community College who are now currently playing for Roscommon, Westmeath and Galway and are top class players," he added

John Parker described Robbie Henshaw as “a ball winner, very athletic, but really comfortable on the ball." "He had all the skills - which he has carried into rugby in fairness. A fantastic footballer, he would have made a fantastic county footballer,” Parker lamented.

As it turned out, after losing those two Leinster clashes with St. Mary's, Edenderry, Henshaw eventually turned to his rugby ambitions and played for Connacht, before moving to Leinster and cementing his place in the Ireland team after Brian O'Driscoll's retirement.

Much of the range of movement and ball-fielding skills honed on the GAA pitches of Leinster as a teenager will stand to him as he takes on the All-Blacks in the summer - this time wearing red, having already scored a crucial try and beaten them in green.