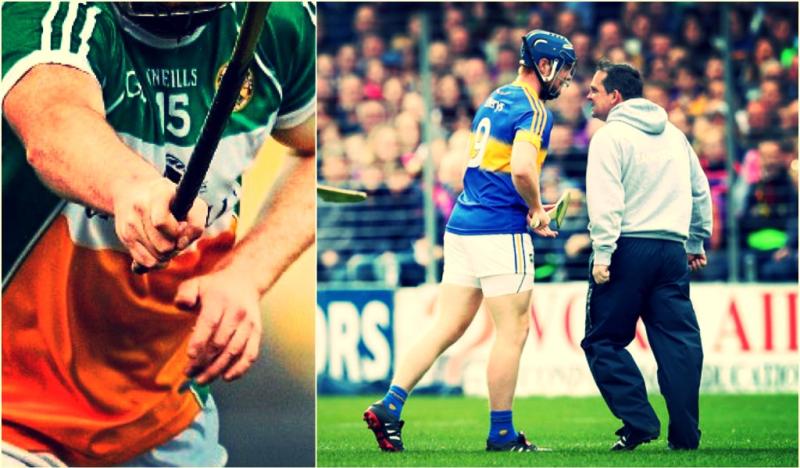 Wexford hurling boss Davy Fitzgerald faces disciplinary action after he entered the field of play in his side's league semi-final loss to Tipperary over the Easter weekend. The Clare native has come in for strong criticism, and an Offaly hurling legend has now labelled Fitzgerald's behaviour as "childish."

Former Offaly hurler Daithi Regan condemned Davy Fitzgerald's decision to go onto the pitch in an interview on Newstalk's Off The Ball programme on Tuesday night, April 18.

Regan said he thinks the former Clare goalkeeper "let Wexford down" with his antics. He called it "typical Davy" stuff, but went on to say, "he does so much right, and brings such a buzz to Wexford. He has lifted the Wexford lads.

"You have done so well since you have gone down there. You've raised the profile in Wexford, you have got a bunch of players really believing. You have brought outstanding professionalism," Regan said of Fitzgerald's impact.

He then went on to criticise his actions against Tipperary, saying that, "you take so much away from that with carry on, childish imbecilic carry on that was self-indulgent."

"Then to try and brush it under the carpet afterwards like 'I'm getting my players going'. No you're not," the former Offaly player added.

Regan labelled as "rubbish" Davy Fitzgerald's suggestion after the game that his actions were a ploy to get his players refocused after the concession of two early goals.

"To run out on the pitch and get involved, in my own view when I saw it - the first Tipperary player should have left him on his arse. If you are a manager and you go out like that, that is what you deserve," Regan commented.

"I just hated the attitude afterwards," he continued.

Fitzgerald could be hit with an eight-week suspension if he is punished for a specific rule bounding the actions of team officials. A ban of eight weeks is the prescribed incursion for "physical interference with an opposition player," and if the GAA imposes such a ban, Fitzgerald could be banished from the sideline for two championship games, including Wexford's much-hyped Leinster clash with Kilkenny.