THE SIDELINE MOUTHPIECE: Offaly hurling needs someone like Davy Fitzgerald 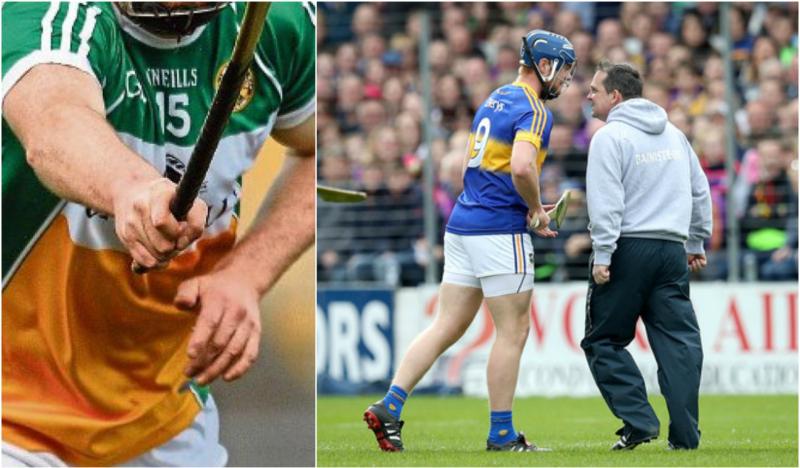 Offaly hurling is in the doldrums - no matter what metric you're measuring it with. Our only win in the Allianz Hurling League came against Kerry, while the likes of Galway and even Laois gave us a trimming. We eventually folded tamely to a big defeat to Tipperary in the League quarter-final in O'Connor Park.

Offaly hurling has lost the steel it once had - the fear factor we held in the 1990s when teams, that may have been perceived as better than us, knew they were going to get a game when they faced the Faithful. We often won those games too, and surely the best example of that grit is our comeback to beat Limerick in the 1994 All-Ireland, where we stumped them by scoring 2-05 in the last five minutes. That will never happen again with Offaly hurling in the state it's in at the minute.

One team of underdogs above all others has that steel about them this year - Wexford - a team Offaly beat comfortably in Wexford Park in the 2016 league. So, what happened?

Davy Fitzgerald landed like a high-pitched Tasmanian devil - a whirlwind of GAA pride and passion, and trained a bit of wildness into them. That's what happened.

The players there are largely the same as those that took a 2-19 to 0-12 hiding at the hands of Dublin in last year's Leinster Senior Hurling Championship. In last weekend's league semi-final, Tipperary were flattered by the final score, and ran away late to secure the win. That doesn't diminish Wexford's bite in the slightest.

Up to that point, Tipp were absolutely rattled, and that's just for a league game. Imagine the shape Davy will have Wexford in come July or August. They won't be lying down for anyone, not least Tipperary. Davy Fitzgerald thrives on that fire - the real cauldron of championship hurling when his teams are largely written off and he can sharpen them up like a prison toothbrush.

There's talk of a sideline ban for the Clare native after his semi-final histrionics where he encroached onto the pitch and had a shoulder barge with a couple of Tipperary players. Maybe that is justified, but the upshot of it is the effect Davy has in the dressing room and it is overwhelming.

The Wexford players went toe to toe with the All-Ireland champions, and never fully looked beaten until well into the last ten minutes. They are still a work in progress, and it wouldn't surprise me if Davy Fitzgerald guides them to an All-Ireland final, or even a title in the next couple of seasons.

The man is a fanatic, there's no doubt about it, but in the best sense of the word. It's a passion for the game and it's contagious. I'd only love to play for Davy Fitz, and you can be sure that every man inside in that Wexford dressing room wants to play for him. He nearly plays himself!

And the point about all that is, even opposition players and managers respect the man. Despite his march onto the pitch to gestate with the referee and some Tipperary players, they still shook his hand afterwards. Tipperary manager Michael Ryan warmly shook his hand at the full-time whistle, knowing full well his side will get a similar test if the teams meet again in the championship.

Offaly could benefit from a bit of the Davy Fitz factor. The county would be a perfect project for him when he finishes up with Wexford. He's never going to stay anywhere too long. He's an impact manager. He arrives, he injects a fire into a team, achieves some success and moves on. Offaly are a county, like Wexford, with quite a few bad years behind us recently, but with a real hurling tradition. It doesn't take much to tap into that, both with players and supporters. Sure, the Offaly hurling fan of a 1998 vintage would have been out on the pitch with Davy at the weekend.

SEE ALSO: THROWBACK THURSDAY: The year we 'lost' a semi-final but won the All-Ireland

You can't really defend a manager going onto the pitch during a game, and if it happened at an underage game, there'd be an uproar. But, there's a lot to be said for pushing those boundaries when it comes to creating belief and a psychological steel amongst a team of players. Where you might be lacking in technical ability, you can make up for through that physical and mental posturing. It's street stuff in many ways - squaring up to lads - but it shows an intent to go to war if needed, and that can't be a bad thing.

Even if Wexford get knocked out of Leinster this summer, not one team will relish facing them in a qualifier. Many a player will shirk away from pipping their head out of the dug-out for that game, but they'll be queuing up to have a nice day out against Offaly if that tie arises. We shouldn't be that team, but we are, and we have players as good, if not better, than Wexford. It's a sad reality.