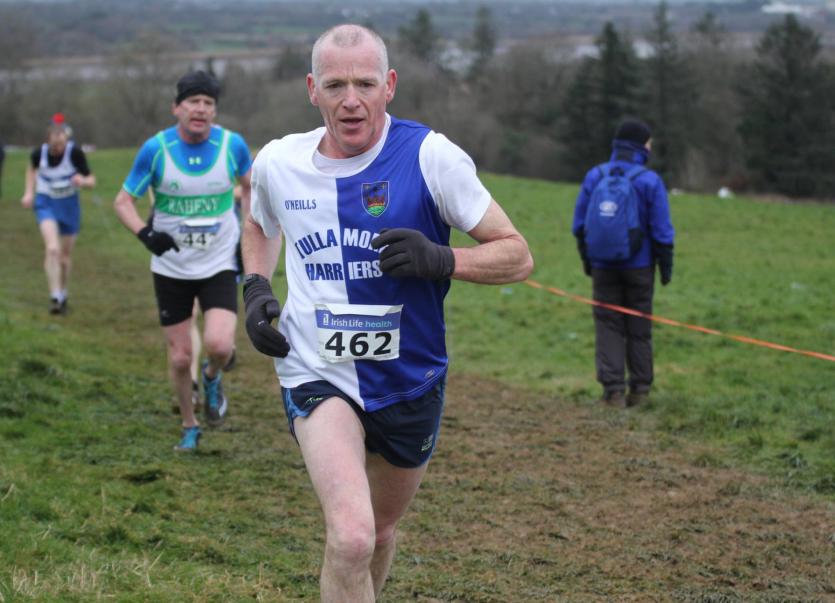 Competitors at the National Masters Cross Country championships in Waterford faced gruelling conditions and a very tough course last Sunday, February 12. Steep hills were compounded by fiercely cold wind, but nevertheless, there was a huge turnout for the last race of the cross country calendar with over 400 athletes taking part between the men’s and women’s events.

Pauline Curley led the charge for the Tullamore Harriers women’s team, finishing 9th overall and earning herself a silver individual medal as second W45.  Nita McLoughlin, Dympna Condron, Tara McKinney, Hilary Duncan, Olivia Egan and Lavinia Leahy completed the 035 team who finished 9th in the club competition and 5th in the county.  The 050 team of Mary Daly, Mary Galvin, Marie Donegan and Anne Daly were 6th in their competition and 7th in the county race.  The men’s o60 age group races were run in conjunction with the Masters women and Jim Langan was 6th in his 070 age group.

Padraig Berry had a fantastic run in the men’s race, leading the Harriers team to finish 27th overall.  The o35 team of Padraig, Adrian Curley, Conor Mooney, Glenn Finlay, Liam Byrne and Rory Farrell finished 13th in the club competition and 6th in the county event.  The o50 team of Eanna Gowran, Chris Donegan, Brendan Abbott, Martin Carroll, Sean Reynolds and Andy O’Grady were the stars of the day, taking second place in their club competition as well as second place in the county competition with the help of Andy Masterson from Birr AC.  Well done to all who represented the club so well.

Well done to Paul Mitchell who won the 5k in Killeigh last Sunday hosted by St Sinchill’s Camogie Club.  His winning time was 16.44.  Dave Murray was second in 16.53 and Sinead Rigney won the women’s race in 19.58.  Well done to all who took part.

The club offer our deepest sympathies to the Lambe family on the passing of Michael (Mickey) Lambe who was one of the earliest members of the club and who enjoyed a great sporting career with  the Harriers as well as in other sports.  May he rest in peace.

Membership for 2017 is now due and should be paid hy the end of January.  Membership runs for the calendar year and forms are available from the club house.

Training for adults every Tuesday and Thursday at 6.30pm and Sunday at 8.00am