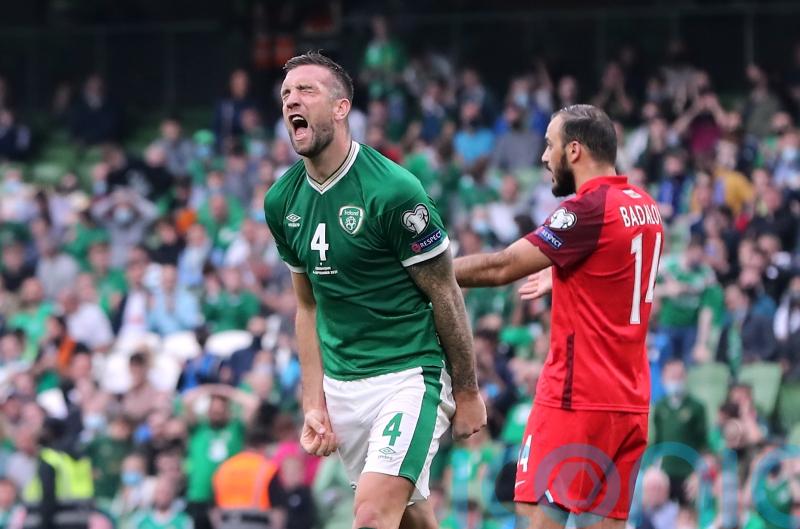 Shane Duffy has not given up hope of playing for the Republic of Ireland at a European Championship finals on home soil.

This week’s confirmation that the United Kingdom and Ireland have launched a bid to host Euro 2028 means that Duffy and his team-mates may yet have a chance of doing just that after missing out on doing so at the re-arranged 2020 finals, when they failed to qualify and then saw Dublin stripped of its involvement as a result of Covid-19 restrictions.

The Brighton defender will be 36 when 2028 comes around and while he admits he does not know what will happen between now and then, he is hoping he is still on the scene.

Duffy said: “In football we’re not naive, especially with the younger ones coming through. I am excited.

“I don’t know how it will go. Age is just a number – if I am feeling fit… I saw John O’Shea and Robbie Keane play at the ages they were.

“Every chance is big to play for your country at major tournaments. It would be daft to say, ‘No, I wouldn’t want to be a part of it.’ It’s about me keeping myself right – but I don’t know where I’ll be when I am 36. You just made me feel old, cheers for that.

In the shorter term, Ireland will concentrate on their forthcoming Nations League and Euro 2024 campaigns, preparations for which start in earnest this week with Saturday’s friendly against world number one side Belgium.

Stephen Kenny’s men missed out on qualification for this winter’s World Cup finals, but a team based on a blend of youth and experience has made strides in the last year and Duffy is confident better fortunes lie ahead.

Asked what would represent success, he said: “I think we can go well in the Nations League. I think we can win the group – and that’s not me speaking ahead of ourselves.

“The way we are going and the belief that we have, I think we can go win it. I think that would be a successful start, and go on from there.

“For me, that is what we have to start believing and aiming for as a country – that we can win groups and qualify for tournaments.

“And why not? You can see the progression we are making now. When we had a difficult start, we always said the young players would benefit from that and we are seeing that now. We are picking up results.

“Hopefully we can win the Nations League and have a good qualification campaign and set the standard for ourselves and give the whole nation a buzz.”