Ireland's most expensive house for sale is in Kildare

€25 million gets you 750 acres, a Georgian mansion and three lodges 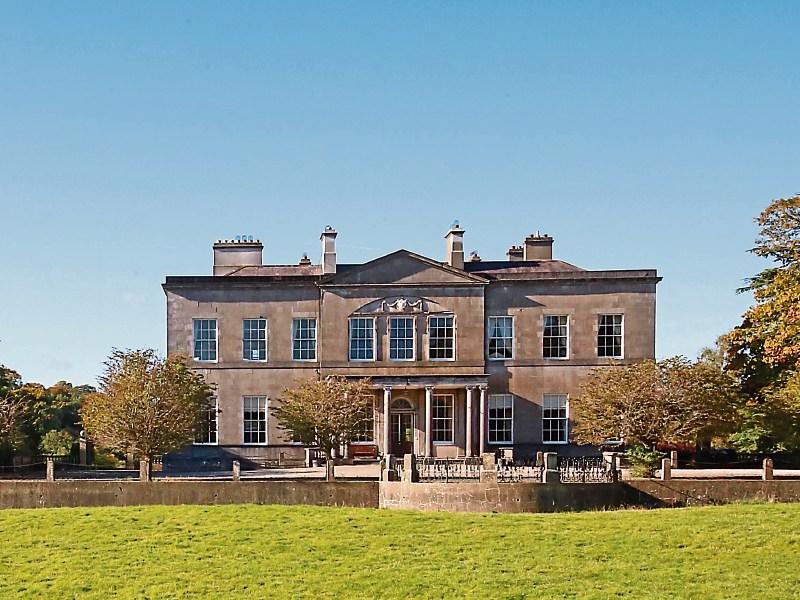 Harristown Demesne in Brannockstown, all yours for only €25 million!

Kildare has the distinction of having the most expensive house on the Irish property market.

Harristown Demesne in Brannockstown is currently listed for sale on Daft.ie at a cool €25 million.

It has everything - a fine Georgian mansion, six bedrooms, 750 acres, close access to the motorway, fine views of the Liffey and surrounding rolling countryside, a storied history, now less than three lodges, a stableblock with three separate residences, a ‘substantial manager’s house, a groom’s cottage, a dairy cottage, a stableyard and a farmyard (all of which can be described as ‘impressive’).

It was originally owned by the famous La Touche family who purchased the property in 1768. The La Touches were a Huguenot family from the Loire, who fled to the Netherlands initially and then later moved to Ireland, becoming involved in the weaving trade and, ultimately, in banking.

Founded in 1713, La Touche’s Bank traded for more than 170 years and was Dublin’s most successful 18th century bank.

The original house, was however  destroyed in 1891 by fire and rebuilt by James Franklin Fuller, one of the most prolific builders of this type of country house in the late nineteenth century.

He reduced it from three stories to two, keeping the La Touche coat of arms which still stands over the archway into the house.

The property was then acquired in the 1940’s by the Beaumont family who renovated and restored the house, installing furniture, pictures and marble fireplaces from their former home in Buckinghamshire.

Clive Kavanagh of Jordan Auctioneers says that there has been a steady trickle of people coming to view the property since it was listed for sale.

“In fact there’s somebody coming to visit it this afternoon,” he explained.

“It’s not going to be a quick job (the sale),” he said, adding that the given the nature of the property there isn’t an enormous number of potential buyers.

“People are coming to see it and then going off and getting advice.”

He said that it seems that those who are interested appear to want to maintain the status quo as a country estate rather than developing it into, for instance, a hotel or golf resort.

The next most expensive property on Daft.ie is Michael Flately’s €20 million Castle Hyde in Fermoy, Cork.