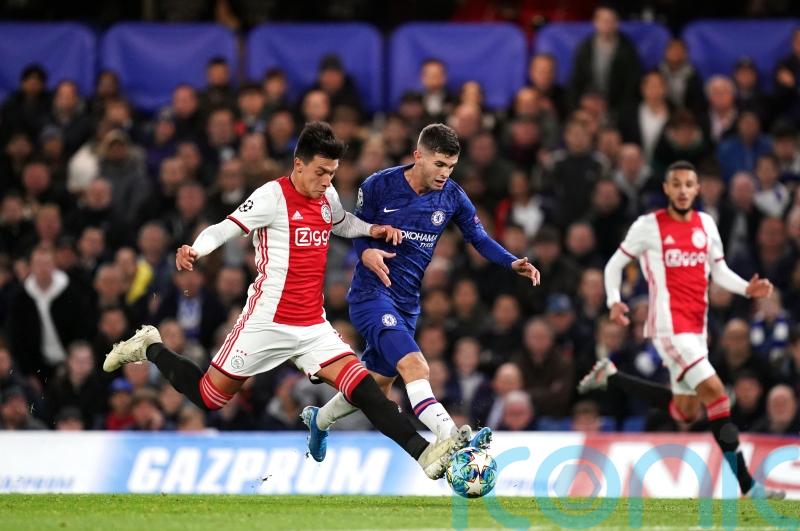 Manchester United have moved a step closer to a third signing of the summer after an agreement was reached with Ajax over the transfer of Lisandro Martinez.

Manchester United have moved a step closer to a third signing of the summer after an agreement was reached with Ajax over the transfer of Lisandro Martinez.

New boss Erik ten Hag saw Christian Eriksen complete a switch to Old Trafford on Friday, 10 days after Tyrell Malacia became the first addition of the Dutchman’s era, and another is on the horizon.

United announced on Sunday afternoon that Martinez was on the verge of signing, pending a medical, personal terms and a UK visa requirement.

“Manchester United is delighted to announce the club has reached agreement with Ajax for the transfer of Argentine international defender Lisandro Martinez, subject to medical, to player terms being finalised, and to UK visa requirements,” a statement read.

Martinez flew into England over the weekend to complete his deal, which is expected to be a five-year contract.

Centre-back Martinez will depart Ajax for an initial 57.37million US dollars (£48.3m) but it could rise by a further 10m USD, the Dutch club confirmed in a statement.

The 24-year-old moved to the Eredivisie outfit three years ago and has made 120 appearances during that time, scoring on six occasions.

Martinez worked with Ten Haag throughout his time at the Johan Cruyff Arena and will link up with him again in Manchester.

United are currently out in Australia for their pre-season tour and have two more friendly fixtures before they conclude their time Down Under.