"The 1971 championships took place in Finglas, Co Dublin. Even the NPA say they were poorly attended." 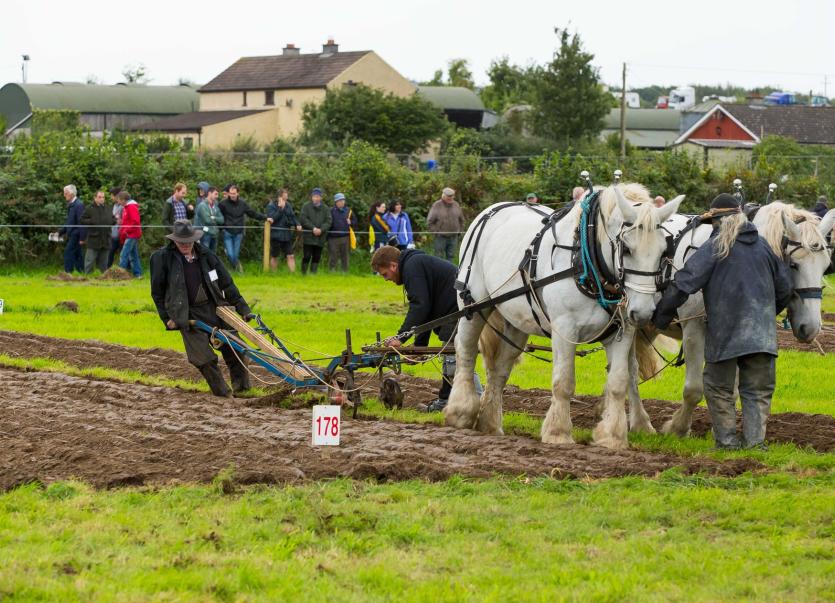 Old style ploughing in Screggan in 2016

IN 1936, just five years after the first ever sods in a National Ploughing Championships were turned (ploughmen from nine counties took part), the event came to Offaly for the first time.

A venue outside Tullamore tested the skills of the competitors in an era when the horse still dominated.

The Ploughing did not return to Offaly until 1987 and a memorable championships at Charleville Estate just outside Tullamore, on land which would go on to host the revived Tullamore Show.

After that the NPA brought the showcase event to Offaly on a regular basis, bringing it to Fivealley in 1997 and Annaharvey in 2007.

But it was those three successive years, 2016-2018, where Offaly really made its mark as ploughing country.

The central location of the Screggan site was a great leveller for enthusiasts from all over the island. The 2005 championships were held in Mogeely, near Midleton, Co Cork for instance. How convenient is that?

And remember when the 1971 championships took place Finglas, Co Dublin? Even the NPA say they were poorly attended.

The three-in-a-row arrangement put in place for Screggan was an established pattern by then.

As the event grew and grew, it became too cumbersome to run it on a new site every year, notwithstanding the NPA's understandable desire to give every county a chance at acting host.

A site at Cardenton near Athy had it from 2009 to 2011 and the Ploughing returned to Laois for three years from 2013, when Ratheniska was the venue.

Last year's was in Ballintrane, Fenagh, Co Carlow and Covid ended hopes of a repeat there this year.