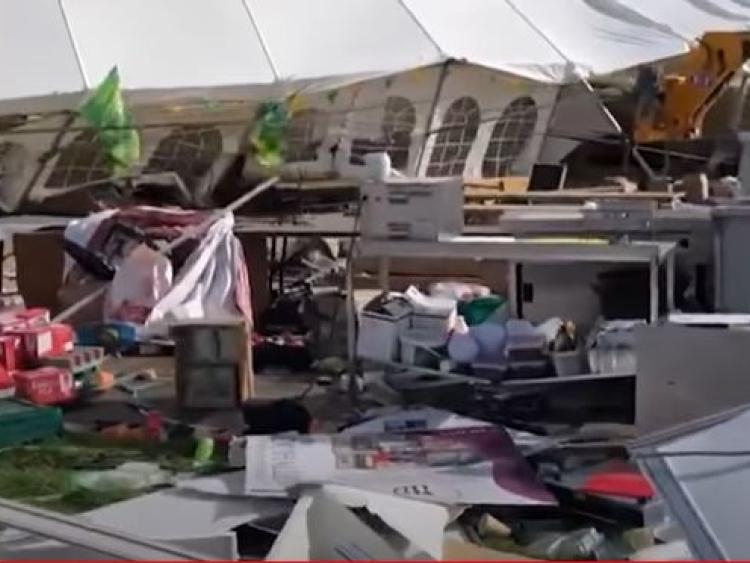 SCREGGAN in Co Offaly was celebrating its three-in-row when the National Ploughing Championships opened on the site near Tullamore in September 2018.

The Ploughing had gone ahead there in 2016 and 2017 and so successful was the event on both occasions that many were beginning to feel as if the NPA's showcase had finally found a permanent home.

Then Storm Ali struck and for the first time ever, the Ploughing had to be suspended for a day.

Of course, the storm had been forecast but its ferocity caught everyone by surprise and its high winds could not have peaked at a worse time.

Day one of the Ploughing had gone smoothly with about 97,000 people on a site which had become familiar to regular attenders.

But the storm picked up on the Tuesday night and while efforts were made to keep the show on the road, the NPA made the call on Wednesday to shut down the site.

That decision came too late for many who were already on their way to the Offaly venue and thousands had to turn back on the road once news of the cancellation spread.

Numerous display stands in the vast exhibition areas were badly damaged and companies were left counting the cost on an unprecedented day in an event which had been running since 1931.

However, thanks to massive efforts on Wednesday evening and into the night, the Ploughing was back on and ran on Thursday and Friday.

Storm Ali had knocked it down, but it was certainly not out and while there were recriminations arising from the exact timing of the decision to close the event on the Wednesday, the Ploughing recovered and was almost back in full stride for the next two days.

Storm Ali, which had been gusting at up to 100kph, did blow itself out, but it still hit the attendance when the site reopened, with 81,500 coming in on the Thursday and about 60,000 on the Friday.

“We are delighted with the overall attendance figure this year, particularly given the unprecedented natural event of Storm Ali causing the postponement of the event on Wednesday,” said Anna Marie McHugh, NPA assistant director.

“With true Irish spirit and resilience the exhibitors, contractors, service providers, NPA team and local volunteers worked tirelessly to ensure that the site was up and ready for business on Thursday morning. And all attendees really appreciated the additional day today to exhibit and visit again.”