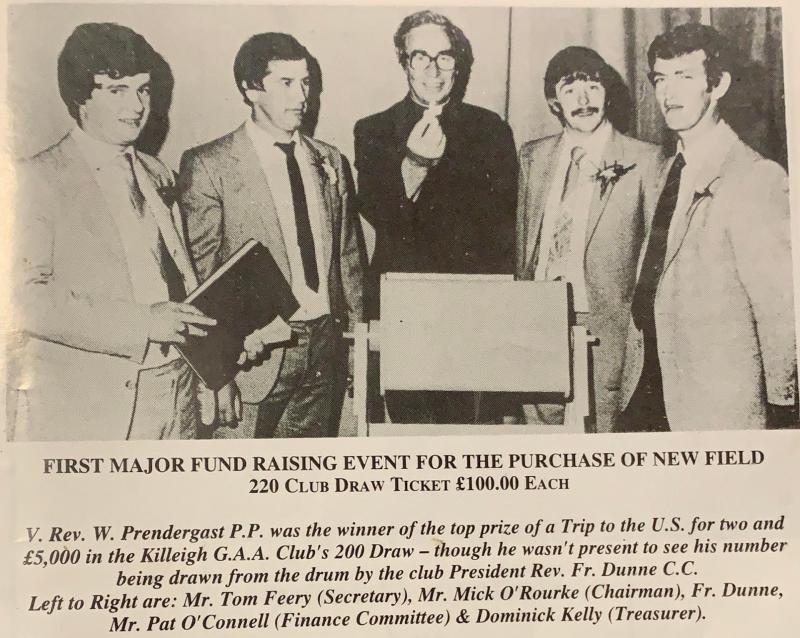 In 1963 Killeigh G.AA club president Fr. Donoghue C.C. became aware that a field was available from the Land Commission at Killurin. A loan of £300 was obtained and with local collections, a four-acre field was purchased and became the official ground of Killeigh.

The field in the townsland of Killurin is about five miles from the village of Killeigh. They developed this field and made it into a very fine playing pitch and played there until 1985. During these years the players in the Killurin and Gurteen areas were with the Killeigh club but in 1985 they were allowed to affiliate a Junior Hurling club of their own Killurin GAA.

The Killeigh club sold them the field in Killurin and then decided to look for a field nearer the village. For many years the club had been using a second field courtesy of the Matthews family in the village.

In the early 1990s, the club decided at a meeting that the officers of the club should approach the Matthews family and try and purchase the field. The Matthews were not interested in selling the field but had no objection to the club using it as a playing field.

Around the same time there was a farm for sale not far from the village. This farm was being sold in separate lots and the club decided to purchase one of the lots and use it as a playing pitch. The field was bought at the auction with the then appointed Trustees: John Dowling, Michael Delaney, Mick O’Rourke, Paddy Mitchell and Dominic Kelly. When the club purchased the field, which was bordering some of the Matthews property, it was agreed to approach the Matthews once more with a view to doing a swap and after discussions, they agreed to swap.

The Killeigh club at that time greatly appreciated this gesture by the Matthews family. With the field purchased the task of fundraising then had to be tackled. The club got great support from all parts of the parish and surrounding area and even as far away as New York with many fundraising events. When the club had the field paid for it then had to be levelled and reseeded and in order to have this job done more fundraising had to be organised.

While all of this was going on there was new school being built in the village and with the old school adjoining the playing field the club felt it would make an ideal clubhouse. When it came up for sale the officers of the club met with the parish priest Fr. Pendergast at that time and agreed on a price for the building.

Over the years Killeigh GAA has maintained its grounds and it is noted to be one of the better playing fields in Offaly especially in wet weather. Many great teams in both hurling and football and camogie have benefited from this facility. In 2006 the club added an astro turf facility and walking track in 2019 and most recently a gym for the players for the times we live in.

In 2015, Killeigh and Killurn decided to amalgamate and Clodiagh Gaels GAA club was formed. Killeigh and Killurin have the luxury of not one but two playing pitches now to accommodate the large number of GAA and camogie players. Numbers continue to grow year on year which is great to see. With the facilities we have today, the youth of the parish will have the opportunity to carry on the great traditions of hurling and football.

It would be hoped the young people fully appreciate the great work that was done by so many people that are no longer with us in order to provide those excellent facilities. The culmination of long periods of hard work and fundraising by a small group of dedicated people who sacrificed their leisure to achieve their visions must be noted and never forgotten.

Once again a volunteer group is working hard to give the people of Killeigh and beyond a state of the art community centre that will give us and future generations the opportunity to socialise, work and learn.

"Please support our latest fundraiser effort, where you could win a brand new house in the beautiful surroundings of Enfield valued at €355,000. If you buy your ticket before July 22th you will also be included in a bonus draw for €2,000 and 10 free tickets. Please visit www.winahouseinenfield.com" 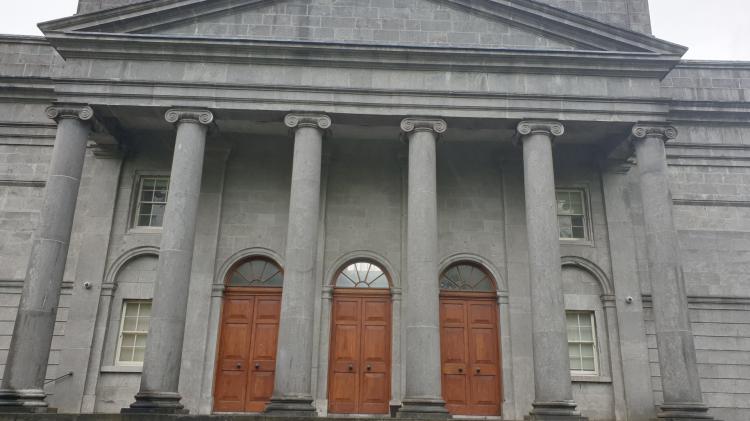