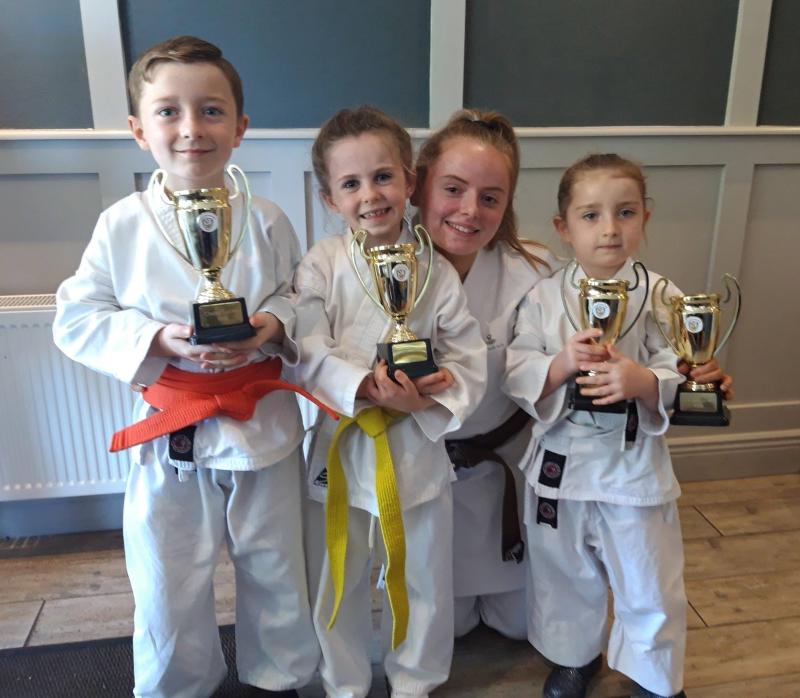 The Edenderry based Team Hurricane Kickboxing were busy at 3 venues last weekend.

With some big events on the horizon all were happy to spend some time on the mats with bigger goals to achieve. Arron Daniels was at the ADCC Tournament at Husaria Naas, Carbury Martial Arts Kata team were in Clane for the Kantanni Karate Do Tournament and Jay Daniels and Brandon Tait were in the UK for the Bristol Open.

Arron who is a top-class Personal Trainer at Velocity Academy in the town was competing in Brazilian Jiu Jitsu (BJJ) at the ADCC Tournament at Husaria Naas with his SBG teammates. Arron finished the day with gold in the 76 Kg section and silver in the Pro 76 Kg section and Open Weight division. With his 5th MMA fight on the near horizon at Cage Legacy 10 in Dublin on December 1st, all training and competition is valuable and when he steps into the Octagon against Alan Zimmy he will be ready.

Jay Daniels and Brandon Tait made the short trip to Bristol to compete in the biggest tournament in the UK, the Bristol Open. This ever-growing event had in excess of 1500 competitors from 17 different countries this year and the action was fierce. With Claire Brennan supplying the coaching back-up it was a long couple of days but ultimately rewarding.

Jay finished with 2 podium places, bronze in the Senior -69 Kg section and bronze in the Tag Team +75 Kg section. Brandon Tait also had 2 podiums, silver in the -63 Kg Junior and bronze in the -63 Kg Senior section losing out on both occasions to the fantastic Fin Heesom who took 5 titles in total at the event. Again bigger things coming up with the WKC World Championships with both Jay and Brandon being joined by Luke Kelly, Luke McCann, Ahmed Abourezk, Aoife Reilly, Leah Grant, Lauren Grant, Saibh Kelly, Dylan Whelan, Nathan Tait, Chad Brennan and Orla McCann in the Irish Team.