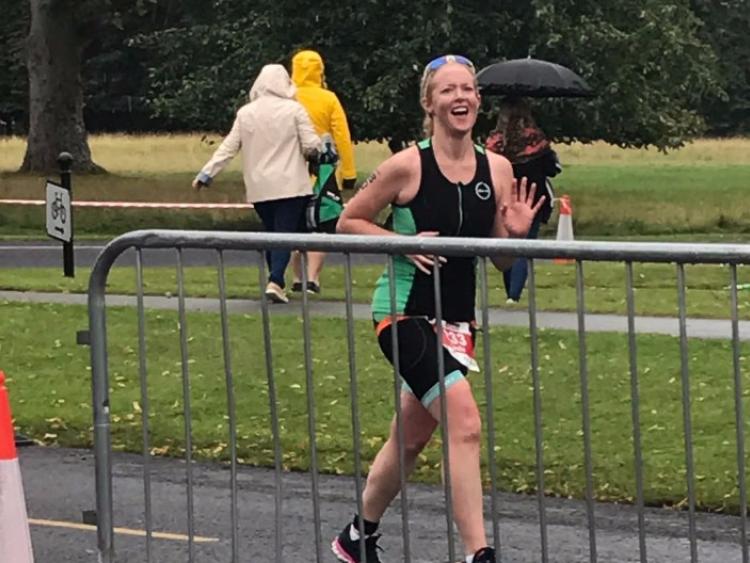 The 3rd edition of Ironman 70.3 Dublin took place on Sunday, August 20. This event consists of a 1.9km swim, a 90km bike and a 21.1km run. The swim is held in Dun Laoghaire with the cycle taking participants through Dublin city centre out to Clonee, Maynooth and finishing in the Phoenix Park where the competitors must complete a multiple-lap half marathon. Competing in her first half Ironman event for Tullamore was Paula Scott. Paula has progressed very quickly through the triathlon races having completed her first try-a-tri triathlon only a few years ago. Paula completed the event in 6:49:35 taking her home in 1,390th place with splits of 49:48, 3:27:26 and 2:12:42. Paula was also the subject of an article in the Sunday Independent on women in triathlon. Well done Paula. Super achievement.