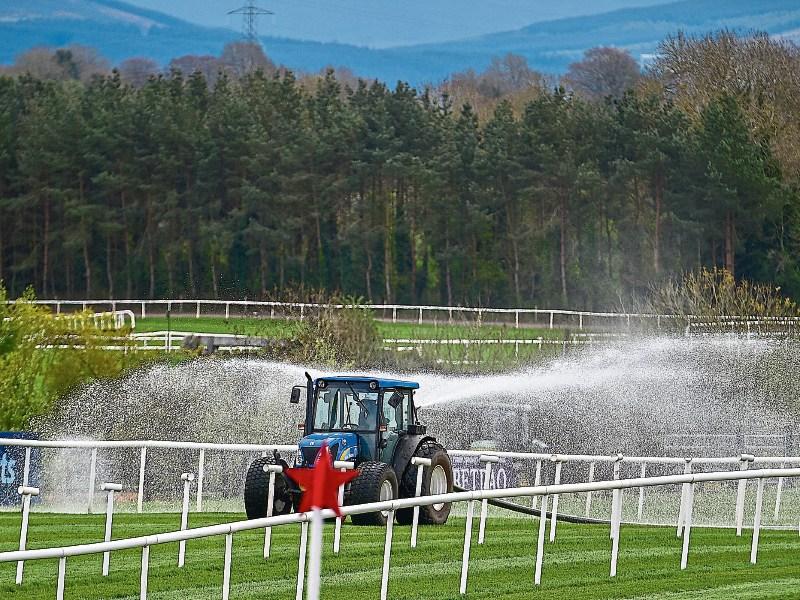 The Punchestown Festival is upon us this week, starting today. And like many sporting events, such as the Wimbledon Championships and the Six Nations Championship, it brings out the armchair expert in us all.

The key to fitting in with those around us who know more - because they pay attention to the sport all year round - is to know the descriptive phrases and understand their meaning.

So this week, we bring you a list of National Hunt racing utterances. Better still we’ve provided a brief explanation of each - and by the end, with any luck,  you’ll sound like an old pro.

“It could outrun its price”

This means the horse in this case is likely to perform better than expected. In other words it’s priced at 8/1 but will perform like one priced by the bookies at, let's say 13/8.

A variation of the above. This time the price that the bookies have assigned keeps getting bigger, so much so that the horse might as well be running on three legs.

Not a reference to a mode of transport. It’s a compliment flung in the direction of a horse that rarely falls or unseats a jockey at a fence.

All the jockey, in theory, has to do is provide minimal guidance for the horse. The animal is so sure of victory that little more is required of the rider.

“He’s baytin’ the arse off it”

The portents are not good. Best uttered if the horse is some distance from the front of the race and the jockey is applying liberal doses of the whip to the reluctant/tired/banjaxed/uninterested steed.

“She gave him a lovely ride”

You may think this has connotations far removed from a racetrack, but that’s just the way your mind works. It’s a compliment to a female jockey who has piloted your horse into the prize money.

“It won from here to Sallins”

There’s a touch of triumphalism to this description of the horse’s winning margin; but it’s acceptable because - if you don’t know by now - winning horses are very rare things. It’s a Naasism, that is to say it’s a term often used in Naas, even if such a margin is impossible.

Your horse is jumping fluently, striding over the obstacles with something to spare. Stags, apparently, jump consistently well.

This time the horse trainer is in the firing line. To be used when you feel that the trainer is to blame for your choice running poorly.

“He wouldn’t win a donkey derby”

Use this one when you feel that the horse simply isn’t up to the task and should try running in ass races.

“I wouldn’t put him up on a hobby horse”

This time we’re blaming the jockey and we saying he should be confined to inanimate horse-like objects.

“He’s only sitting on her”

Not a reference to the kind of behaviour that might get you arrested. This means that the jockey is virtually motionless riding the horse

“She has plenty of horse under her”

It looks like we’re on a winner here. The horse’s motion is effortless and the jockey doesn’t feel the need to do any work to encourage the horse home.

Not literally tethered to something pulling out of Sallins rail station; in the manner of horses which used to draw barges along the Grand Canal 200 years ago. Instead the horse looks to be under no pressure and is the likely winner.