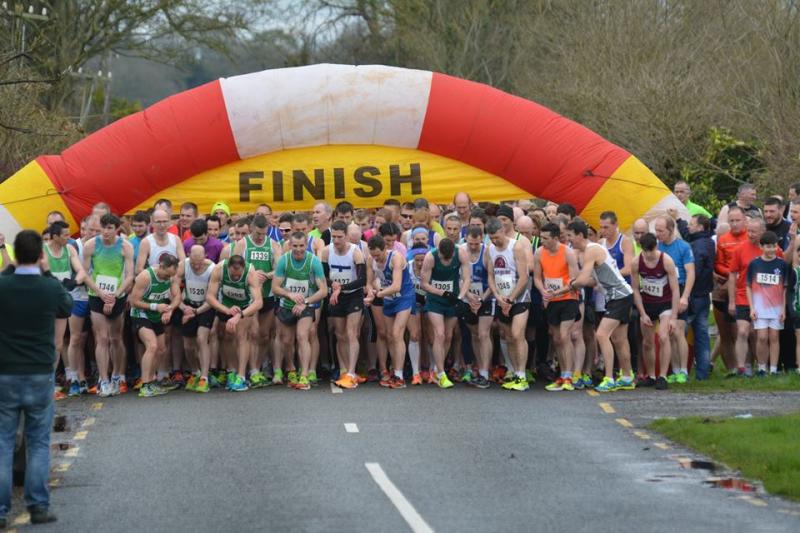 On the start line at the Hugo Smith Memorial 5k

As well as being a stand-alone race in its own right, runners representing Offaly clubs were competing for points towards the overall race series with winners to be decided in the categories of Senior, o40, o50, o60 and o70 as well as the overall team prize.

Mick Fogarty from the host club won Sunday’s race in a super time of 16.21 ahead of team-mate Paul Buckley.  Tullamore’s Dave Murray finished third in 16.32.  Pauline Curley took the honours in the ladies race in a winning time of 18.23 with Nadine Donegan second in 19.01 and Sinead Rigney third in 19.26, all of whom were running for Tullamore Harriers.

After the first round, Ferbane lead the team standings with Tullamore Harriers second and Naomh Mhuire Daingean third.

It was fantastic to see all eight athletic clubs in Offaly taking part with over 340 runners in total.  It is also very encouraging to see the increasing level of competition in these races with impressive times being posted.

The next race in the series is the Clara 5k on 26th March with the remainder of the series scheduled as follows: