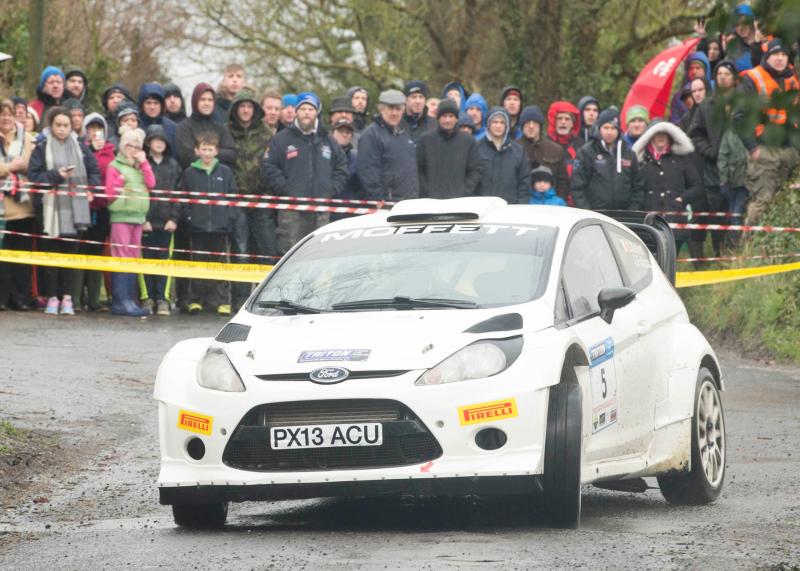 Moffett and his co-driver James Fulton headed the high class field on the opening stage by eleven seconds and extended their lead to half a minute by the mid-point of the eight stage rally. Double champions Declan and Brian Boyle lay second with defending title holders Roy White and James O'Brien in third place.

Despite easing off over the closing stages, the Monaghan driver almost doubled his advantage by the finish, ending the day 59 seconds ahead of Boyle, with another previous champion, Donagh Kelly, getting ahead of White's Fiesta to take third position in his older Focus by just four seconds.

Gary McPhillips scored a narrow win over Adrian Hetherington in the two wheel drive category, with their Escorts finishing eighth and ninth overall, while Michael Boyle, the 19 year old son of Declan, was the clear winner of the Junior Rally.