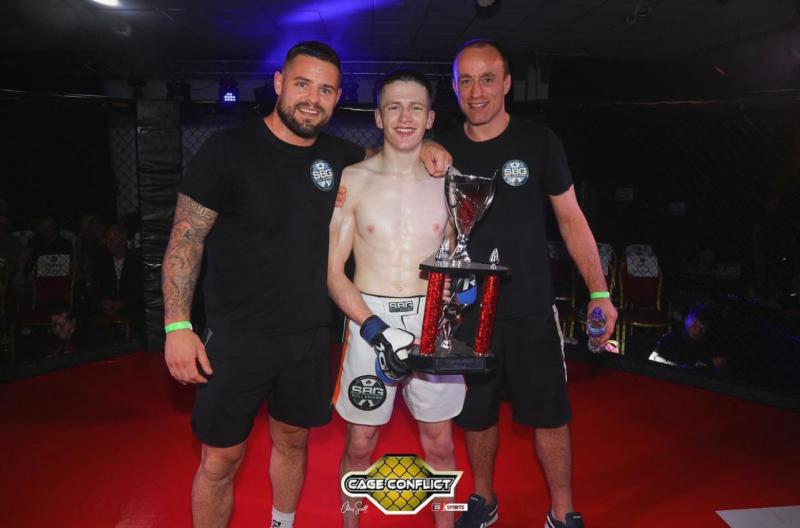 SBG Tullamore, the successful MMA gym, has had another fantastic weekend with two great wins.

Ronan dominated throughout the three rounds and took the win home to Tullamore.

Andrew Barrett, Ballinasloe and Tullamore, took on Andrei Strainu in the amateur featherweight title fight.
Andrew (pictured below with Kieran O'Donnell, corner man, on the left and Kieran Davern) won this three-bout fight by decision and took home the featherweight title making him a multiple title holder in Ireland and the UK as well as the first ever national Irish champion in MMA. He was awarded the latter title in February 2022. 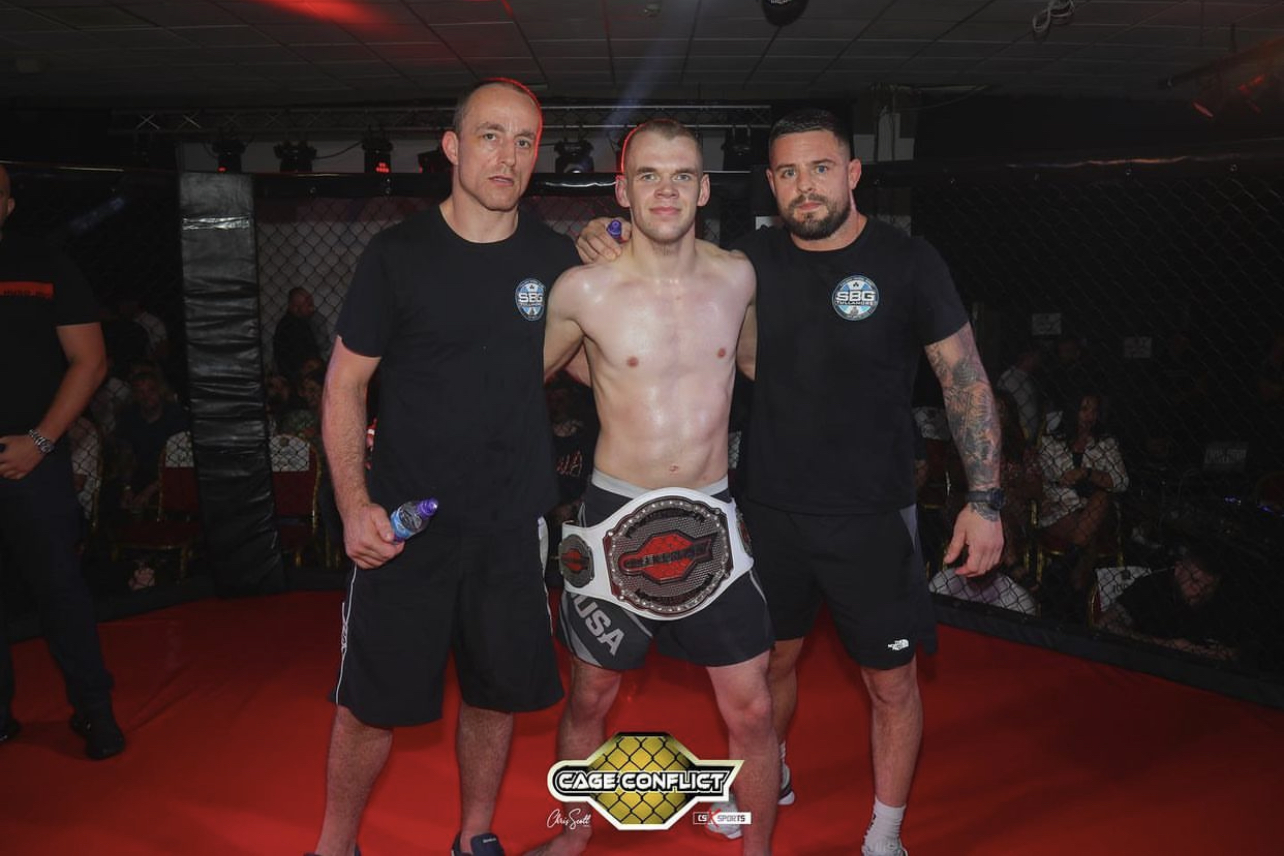 Jamie Davern, manager, SBG Tullamore said: “Both these young men, train and coach at SBG Tullamore. They are a credit to the sport, their families, community and gym.”

Jamie added: “SBG Tullamore is open 10 years this August and the team of martial artists, BJJ practitioners and fitness enthusiasts is growing. The passion for the sport that is displayed is second to none and Tullamore is growing, becoming and attracting some of the best martial arts in the country under the attentive care of head coach Kieran Davern.”