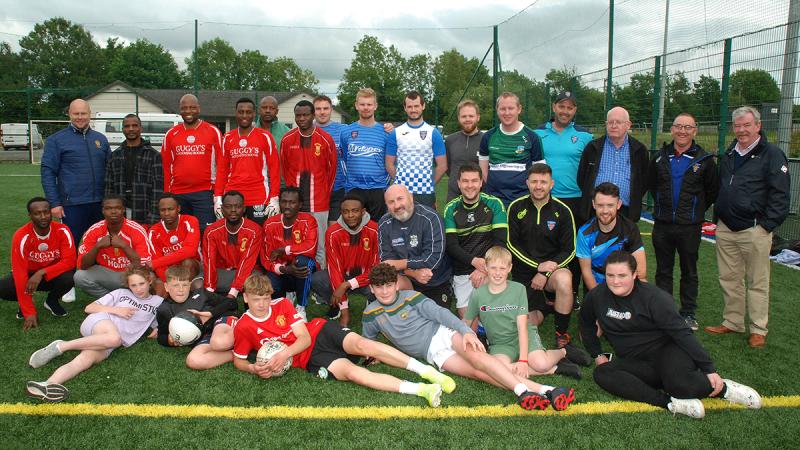 Pictured at the soccer blitz are officers and members of Killavilla FC,Councillor Shane Lee, members of Roscrea Gardaí and some of Roscrea's asylum community - Photo: PJ Wright

ROSCREA Gardaí and Killavilla FC teamed up for a special event recently.

On June 30, Roscrea Gardaí in association with Killavilla FC held a soccer blitz for a large amount of new asylum seekers that have arrived in Roscrea town.

The blitz was held at Killavilla soccer grounds and was officiated by club members.

Appreciation must be shown to Roscrea Councillor, Shane Lee, who was instrumental in the organising of the event and was a fantastic conduit between all parties involved. He also displayed his refereeing skills at the event!

Gratitude must also be afforded to Paul Fogarty who houses the participants of the event organised the transport of same to and from the grounds and also prepared the kindly donated Ashbourne meats burgers for all to enjoy. 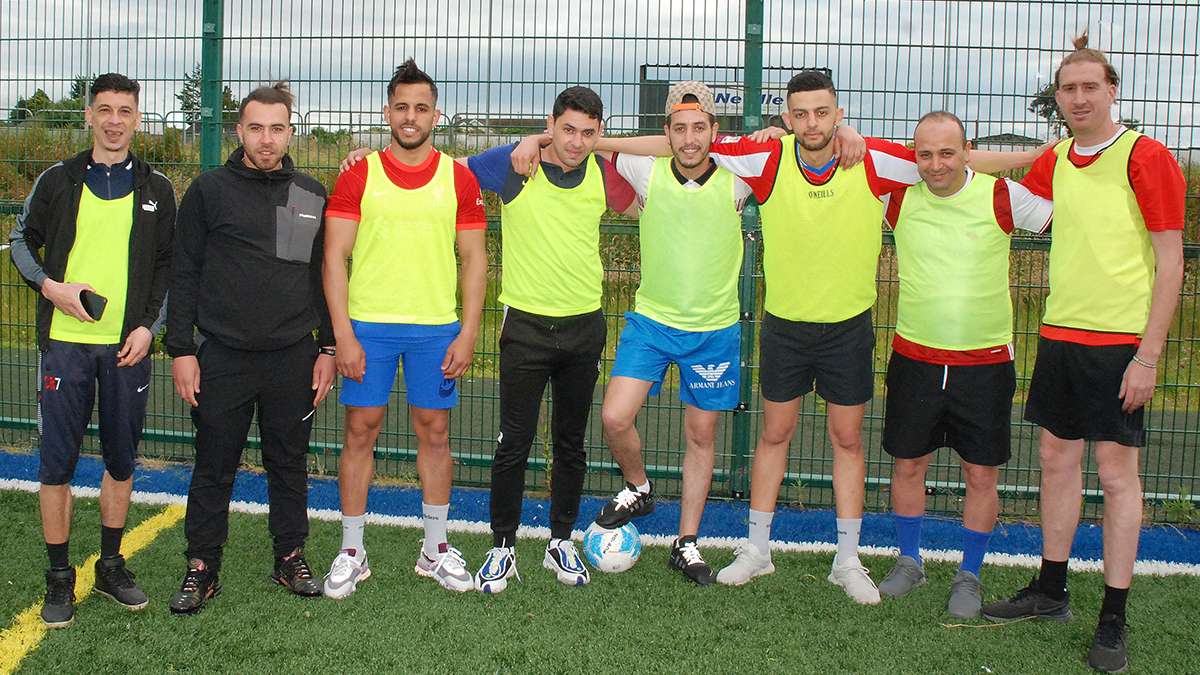 The Algerian Team who won the final on a score line of 5-3 are pictured above - Khinou ( Manager ), Fares, Salim, Krimou, Souhil, Diaa, Mohammed and Fares - Photo: PJ Wright

Paul with the help of Christine also organised the teams by way of country to assist in the smooth running of the event.
Another word of thanks to Bernie’s Supervalu who also sponsored food for the event.

In total almost 50 participants took part hailing from the below nations and playing on the teams as set out below :Algeria, Georgia, Somalia, Ukraine, Sudan, Eritrea, Swaziland, Ghana, Zimbabwe, Nigeria, Morocco with Killavilla FC and Roscrea Gardaí.

The final game of the night was cheered on by all present and involved the amalgamated side of Killavilla/Garda versus Algeria.

After a great game, it was the Algerian men who proved the victors winning on a score line of 5-3. The Killavilla scouts were out with their pens and transfer forms after the game! 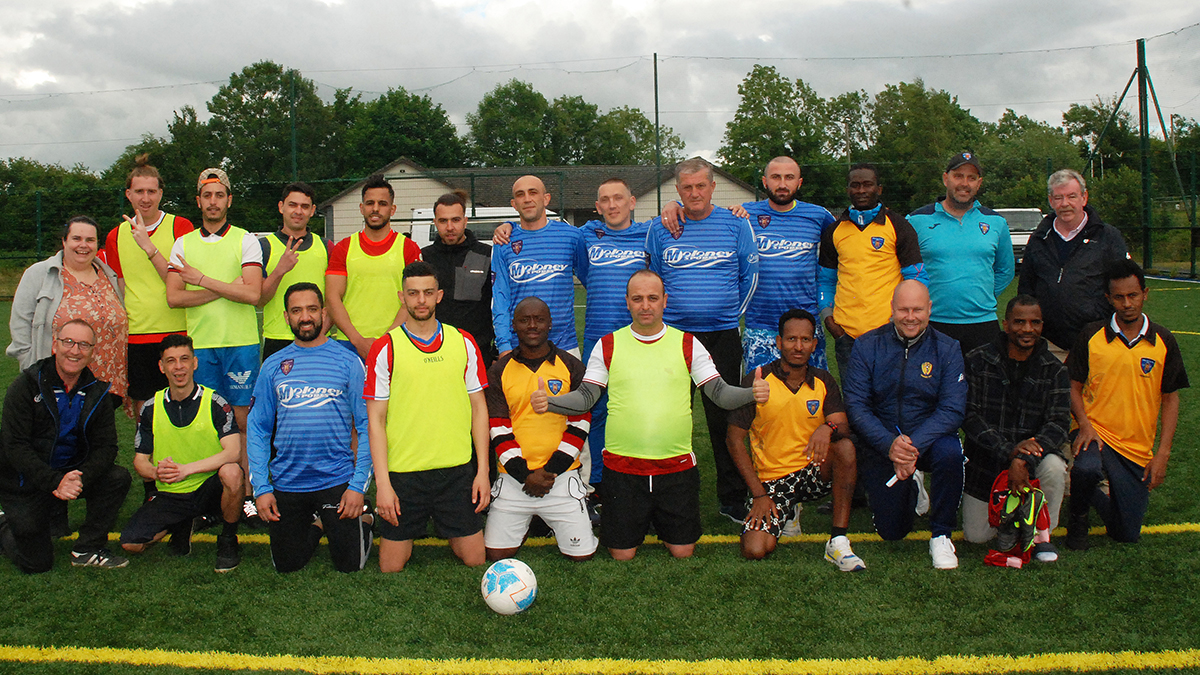 Pictured above at the soccer blitz are officers and members of Killavilla FC,Councillor Shane Lee, members of Roscrea Gardaí and some of Roscrea's asylum community - Photo: PJ Wright

Finally a very big thank you to the committee in Killavilla for the use of their facilities. The committee overseen the event and assisted by officiating and also by participating with a team on the evening. The facilities were of the highest order, and balls, bibs and first aid was all available due to the Killavilla willingness to be involved in the project.

The games were played in great spirits and this was due to the participants fantastic attitudes and demeanour, and also due to the hosting clubs professionalism. It is hoped further events are held throughout the summer.