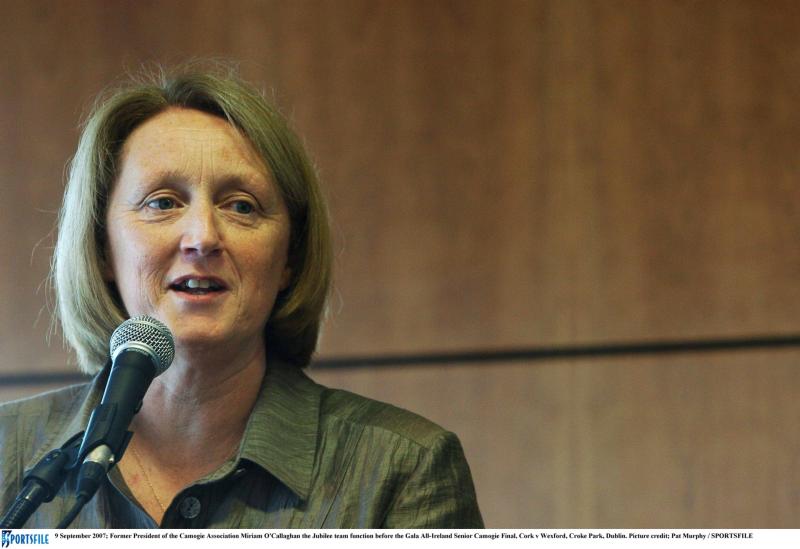 MIRIAM O'Callaghan has been one of Offaly's greatest sporting administrators, one of only a handful of people who have reached the pinnacle of their chosen sport at national level – a fellow Tullamore person, John Dowling was president of the GAA in the 1990s, Tullamore resident, John Cronin is currently the president of Irish athletics while Rhode man Joe Masterson has reached the top in handball.

Nee Casey, Miriam O'Callaghan has given a life time of commitment to camogie. She has been one of the great advocates of the game from the 1970s, immersing herself in camogie at all levels.

By 1984, she was chairperson of the Offaly Camogie County Board and she did trojan work as the game got firmly established during a decade when a powerful foundation was built for future success.

She was elected as president of the Camogie Association at their 2003 Congress in Arklow, defeating Down's Helen McAleevy, 39-27, in a keenly fought contest. She served as president from 2003 to 2006 and worked very hard to enhance the profile of the game – one of the big initiatives was the twinning of the All-Ireland camogie final with the All-Ireland U-21 Hurling Championship decider, an initiative that happened from 2006 to 2009.

She was also an advocate for closer relationships and co-operation with the GAA. She has also served camogie well as a player and coach and she was an excellent referee – she took charge of the All-Ireland senior camogie finals in 1991 and 1993.

She has done great work across the sporting spectrum in Offaly. She has been a long time member of the Offaly Sports Partnership and she was chairperson from 2010 to 2020. In 2021, she received other prestigious appointment when she joined the board of Sport Ireland.