CRAFT BEER REVIEW: A hell of a Bavarian beer from Galway Bay!

"Germans love smoked beer and so do I which is why I'm really excited to try this modern interpretation of the style." 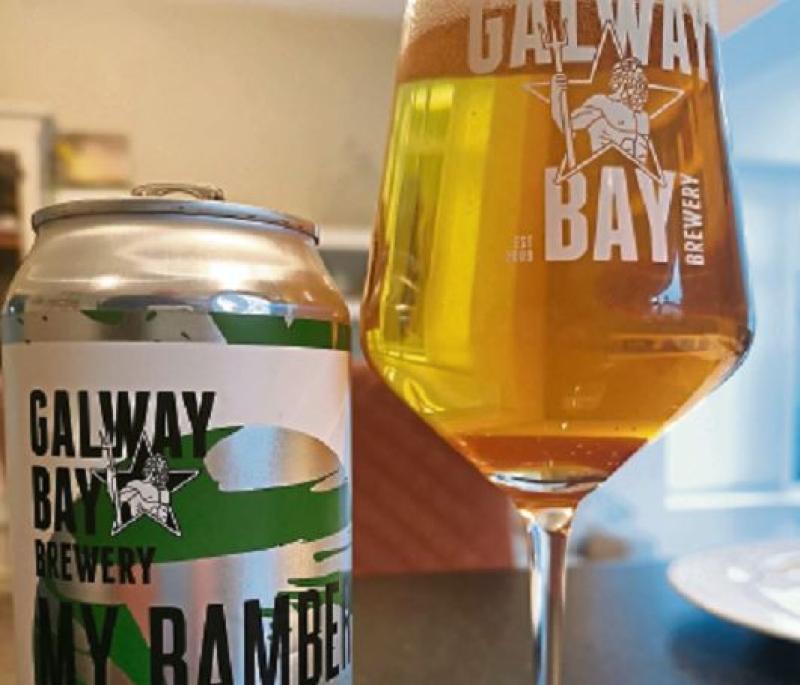 My Bamberg Hell is a deceptively warming beer from Galway Bay

FOR the third instalment in Galway Bay's International styles series - at least for this run of beer reviews - I'm now moving from Czech style lagers onto an altogether different and completely unique style which, back in the 1800s would've been a very common beer style due to the brewing processes and production methods, but now has been reduced to a very niche part of the brewing culture.

The practice of dry kilning malt over wood has all but disappeared in modern brewing and the effect this has on the malt is somewhat overwhelming for some, which is a big part of the reason smoked malt beers aren't a well known style.

However, if you head to Bamberg, northern Bavaria in Germany, you'll find a lot of them. The most famous being Schlenkerla, where the original brewery still stands and is dated from as far back as the 1400s!! Germans love smoked beer and so do I which is why I'm really excited to try this modern interpretation of the style.

The can label describes this beer as a helles lager which translates as bright beer. They've reused a yeast from a Marzen beer and have gone for a subtle version so as not to scare people off.

The beer, My Bamberg Hell, pours a golden syrup colour with a nice light head of foam. On first whiff, the lift of aromas are light, floral and with a careful hint of smokiness that is in no way overpowering.

The flavour is just incredible and for anyone who's yet to have a smoked beer this would be a great gentle introduction to the style.

Initially I get a medium bittered, floral hopped lager, but it's quickly supported with a woody and smoky note that adds a totally different element to the beer.

A nice malty pilsner style base adds a biscuity platform but with every sip the smoky element builds nicely.

This is a deceptively warming beer with a touch of lemon from the hops. At 4.5% it's a perfect session lager too. Very nice indeed!