CRAFT BEER REVIEW: Like the queen it's named after, Morrigan sure does pack a punch 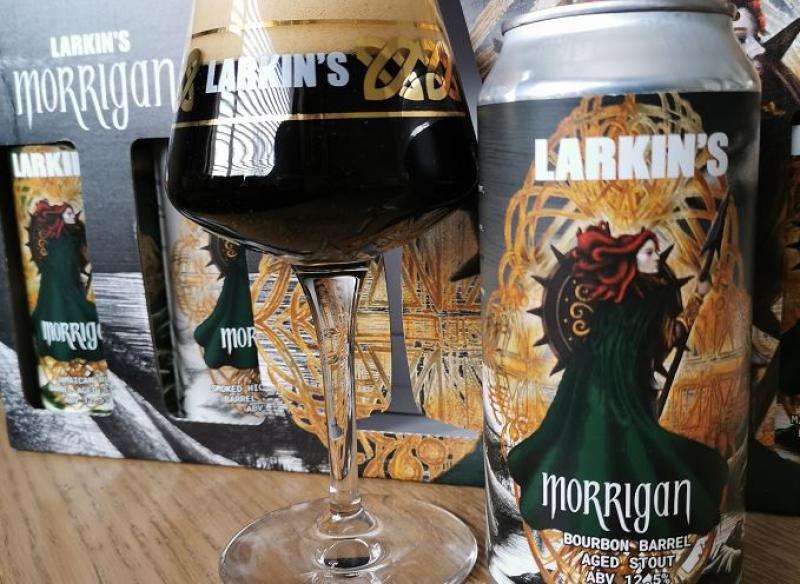 THE Morrígan or Mórrígan, also known as Morrígu, is a figure from Irish mythology. The name is Mór-Ríoghain in Modern Irish, and it has been translated as "great queen" or "phantom queen".

The Morrígan is mainly associated with war and fate, especially with foretelling doom, death or victory in battle.

So goes the story and the artwork on the Larkin's Brewery Christmas gift set does the tale justice picturing the queen herself. I like seeing artwork on Irish craft beer cans and bottles, especially when it depicts Irish folklore in a non-cliche way.

This week's beer for review was a Christmas gift I gifted to myself as it's a very special set of unique barrel aged versions of the original Morrigan that has somewhat created its own folklore in the Irish craft beer scene.

There are a few beers like this in Ireland and avid craft beer consumers wait for their seasonal release each year and this is one of the best.

Seeing it barrel aged in four different representations is amazing and gives me the opportunity to sample and compare the flavour profiles. The branded glass is an added bonus!

At 12.5% abv Morrigan barrel aged stout pours jet black, thick and silky with a deep tan head of foam. The woody bourbon aroma is inviting and there's a warming note on the lift of vapours.

The taste is deep and decadent with a powerful hit of bourbon character to match. The roasty element is almost eclipsed by the levels of bourbon and American oak yet the beer as a whole is easily drinkable and not too thick or heavy. A deep earthy and mineral water profile of the beer shines through too.

There's very little in the way of hop profile thankfully other than enough bittering to balance the beer.

My wife remarked it tastes as strong as her red wines and that's a fair comment as this is a very strong beer, best enjoyed by two people in my opinion!

Brendan Sewell pens a weekly craft beer review for the Tullamore Tribune and Midland Tribune. A Tullamore-based chef, he is an award winning homebrewer, founder member of the Midlands Beer Club and creator of the YouTube channel Views on Brews.